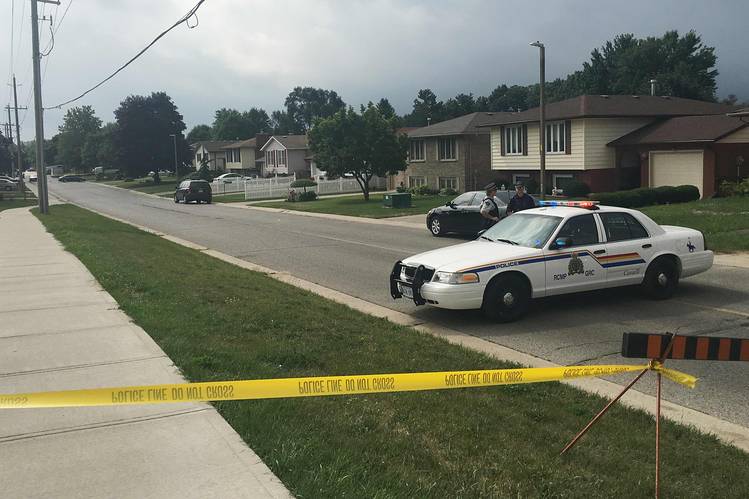 The Royal Canadian Mounted Police (RCMP) today shot dead a suspect in an anti-terror operation in the Canadian province of Ontario, according to several media reports.

Canadian media reports say police had raided a property in Strathroy, about 225km (140 miles) south-west of Toronto and the 'terrorist suspect' named  as Aaron Driver, 24,  was arrested last year for openly supporting ISIS on social media.

RCMP said in a statement  it had received "credible information of a potential terrorist threat".
"A suspect was identified and the proper course of action has been taken to ensure that there is no danger to the public's safety," it added.

"As this is still an unfolding matter and the investigation is still under way, we are not able to provide further comment at this time." According to CTV network, his alleged plan was to use a homemade bomb to create mass casualties.

Driver, a Muslim convert, came to the authorities' attention in 2014 for tweeting in support of IS, using the alias Harun Abdourahman. He was taken into custody and interrogated by police in July 2015 over concerns he would become involved in planning an attack.

Aaron was not charged, but released on bail and had to wear a GPS ankle bracelet and undergo religious counselling. Aaron's family have confirmed his death.

Posted by Buzzcanadalive at 1:12 PM