Record Jobs In Canada Since 1976 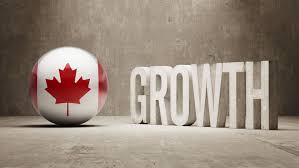 Canada saw a record jobs gain in April, with a net 106,500 jobs added on a seasonally-adjusted basis. Economists had forecast just 15,000. This is the largest gain since 1976, when Statistics Canada began collecting data. Wages also rose 2.5% on a one-year basis, the strongest increase Canada has seen for eight months. The positive jobs news comes amid an otherwise stagnant economy, with the Bank of Canada lowering the domestic growth forecast for 2019 just last month.
Posted by Buzzcanadalive at 9:03 AM No comments:

Canada Cannot Retaliate Against China Over $4B Canola Trade Dispute

One year ago, Canadians couldn’t grow enough canola to meet Chinese demand. Between canola seed, canola oil and canola meal, the Chinese imported roughly $4 billion worth of the oilseed crop from Canada, according to an analysis from the Canada West Foundation. Couple that with an escalating trade spat between the U.S. and China, and market analysts were predicting record canola shipments from Canada to China in 2019.

Then, in March, China suddenly reversed course—blocking shipments from two of our biggest exporters because they were supposedly contaminated with pests. It mattered not that Canada said otherwise. Prairie farmers were left wondering what do with no access to their primary market.

It didn’t stop there—which is why most observers believe the action had more to do with Beijing’s anger over the arrest of Meng Wanzhou than with defective Canadian crops. Canadian exporters then reported roadblocks as they tried to send peas, pork and soybeans to China. The delays ranged from unusually long inspections to newfound paperwork problems. There’s no reason to think other products won’t soon be targeted.

So, as China seems to be targeting Canadian exports, acting as though the two countries are locked in a trade war, why isn’t Canada retaliating? The answer may simply come down to a matter of size.

“We need China—and China doesn’t need us,” says Sarah Pittman, a policy analyst with the Canada West Foundation. “Retaliating would probably be satisfying, because we’re definitely being jerked around, but it might not be what’s best in terms of the Canadian economy.”

Read in full »
Posted by Buzzcanadalive at 11:35 PM No comments: