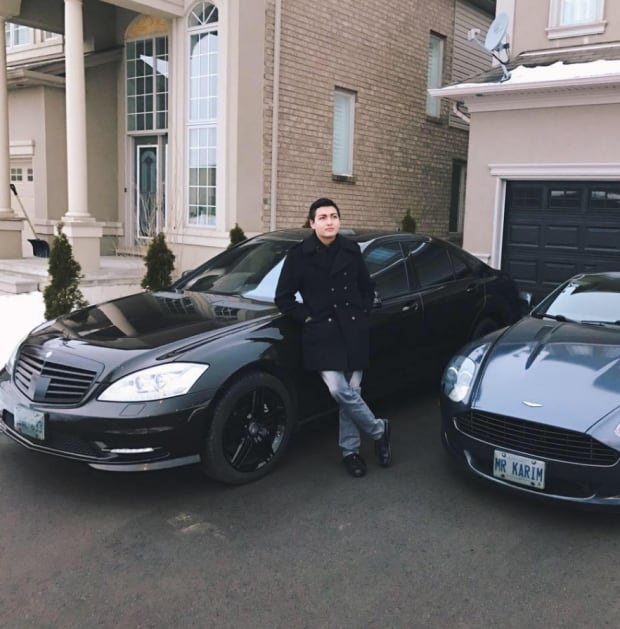 One of the alleged perpetrators involved in the massive Yahoo hack that compromised as many as 500 million user accounts purported to be a luxury car aficionado and claimed to have made his first million at the tender age of 15.

According to a federal indictment, 22-year-old Karim Baratov — a Canadian citizen born in Kazakhstan — was used by Russian intelligence officers to gain “access to individual user accounts at Google and other providers (but not Yahoo)” and paid a bounty for providing them with the account passwords. The information was then allegedly used to hack into the email accounts of various political and business leaders in Russia and the United States.

Baratov was arrested in Hamilton, Ontario on Tuesday, the same day U.S. officials indicted two Russian spies and Alexsay Belan, a notorious cybercriminal, who has been wanted for more than four years, and has been arrested before.

“He had the biggest amount of disposable income that I’d ever seen for a person that age,” said Jake Hagen, who started going to school with Baratov in Grade 7.

“He bought his friends everything (like) clothes, and he’d take them all out to dinner,” Hagen added, noting that Baratov was “just really weird” as a teen.

If Baratov is convicted, U.S. authorities will seize all assets that are considered to be the proceeds of crime, the Department of Justice said in its indictment.

That includes the Aston Martin, the Mercedes and all funds held in a PayPal account that belongs to Baratov and is registered in the name of his company Elite Space Corporation.

In scouring extensive social media accounts that appear to belong to Baratov, examining property records and speaking with neighbours and former classmates, a profile has emerged of the young Canadian of Kazakh origin caught up in this major cross-border digital crime.

Social media entries that appear to have been posted by Baratov portray the life of a wealthy young man with money to burn on luxury cars, arm-length tattoos and performance-enhancing workout supplements.

Ministry of Transportation documents show that Baratov has, at various times in the past five years, affixed his "Mr Karim" vanity licence plate to an Aston Martin, a Porsche, an Audi, a Lamborghini, a Mercedes Benz and three BMWs.
Posted by Buzzcanadalive at 2:34 PM