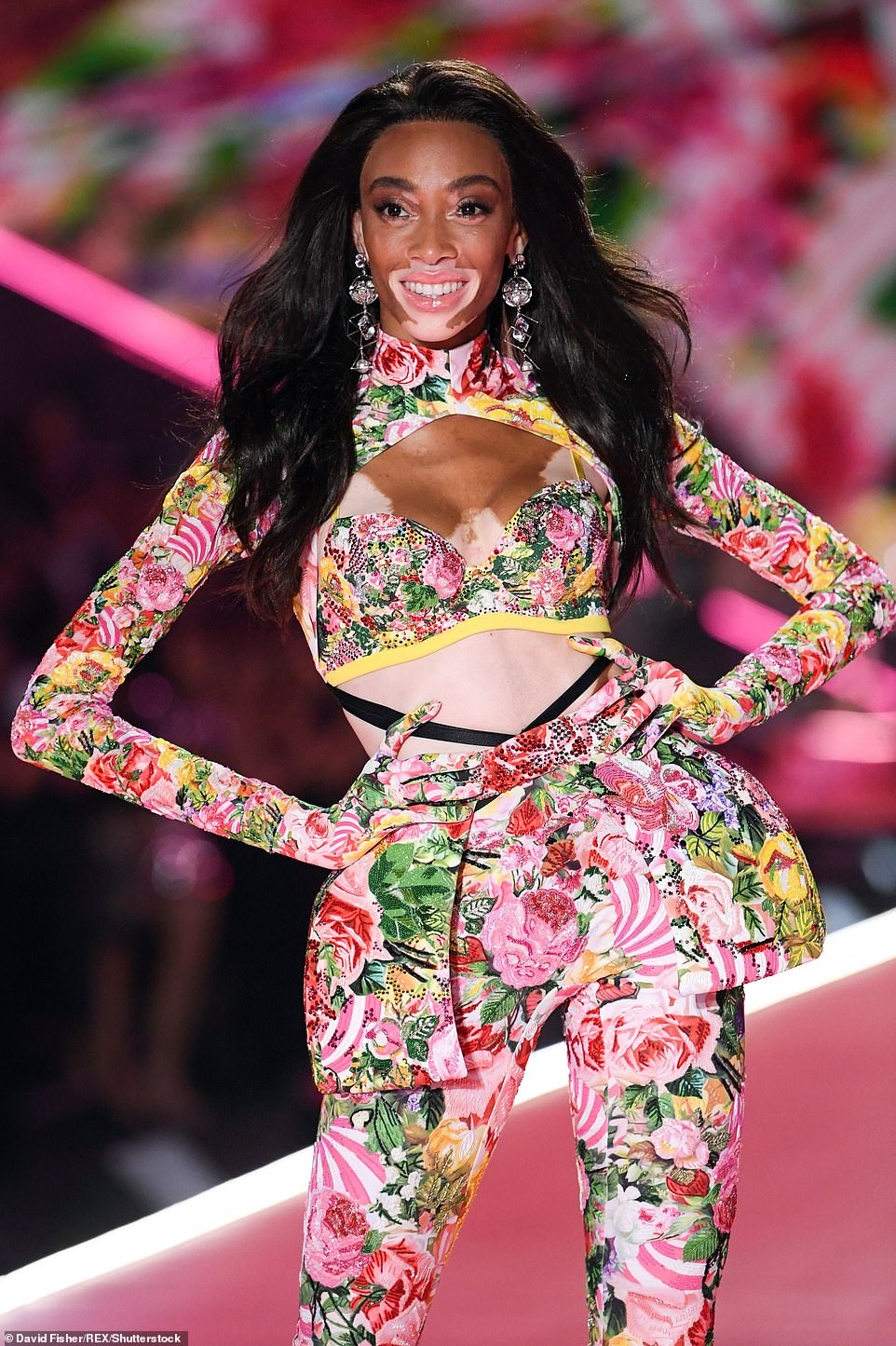 Canadian supermodel, Winnie Harlow, made her debut at the Victoria's Secret Fashion Show on Thursday, becoming the first model with vitiligo to walk the runway for the lingerie giant.

The 24-year-old and girlfriend of American rapper Wiz Khalifa stormed the runway in a pink underwear set with feather detail and shimmery silver camisole.

'I have to admit, my nerves are a little bit higher than they usually are,' she told People before the show.

'I’ve cried a lot but mostly tears of happiness. This is the first major show I’ve done that will be broadcasted across the world on TV, which raises the stakes big time.

'But I’m more excited than anything else,' she explained.

Posted by Buzzcanadalive at 12:35 PM