Meet the twin sisters everyone can tell apart... 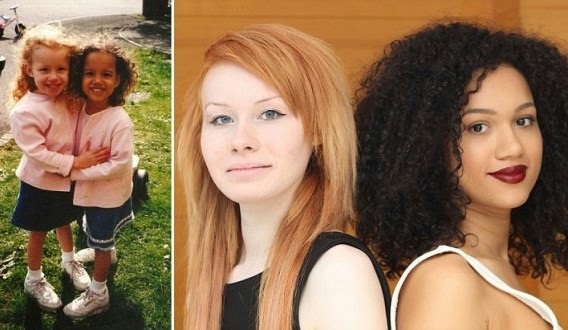 Daily Mail
18 year old twin sisters, Lucy & Maria Aylmer, from Gloucester are non-identical twins. While Lucy (left) has fair skin and straight ginger hair, Maria (right) has a darker complexion with curls. The college students were born with radically different colouring thanks to a quirk of their mixed-race parentage. Their mother Donna is half Jamaican and their father Vince is white. Continue... 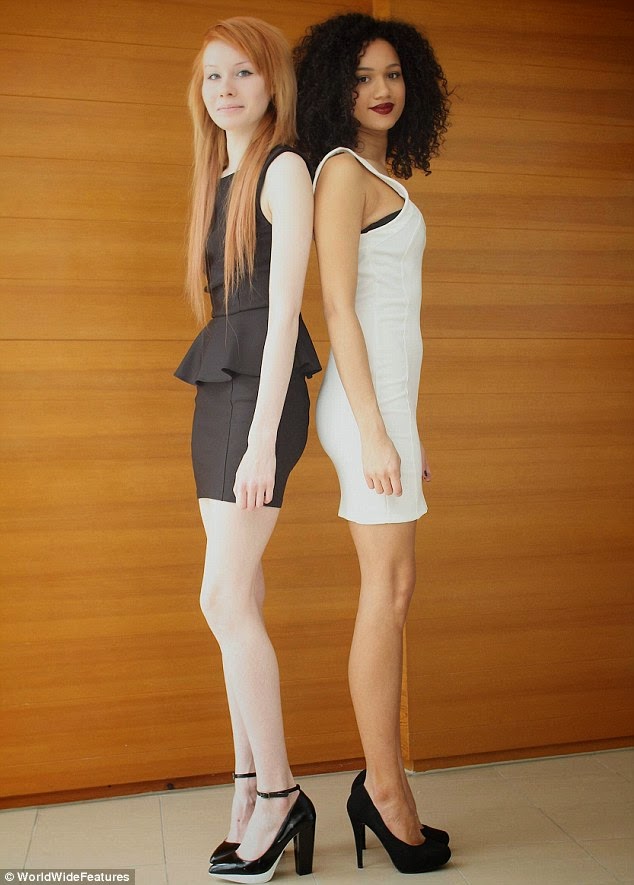 Their mother was astonished when she first saw the twins, as nothing on the scans had prepared her for their different skin tones

Fair-haired Lucy, who lives with her family in Gloucester, said: ‘It was such a shock for her because things like skin colour don’t show up on scans before birth.
'So she had no idea that we were so different. When the midwife handed us both to her she was just speechless.’

Their mother, who is 47 and a warehouse worker, and their 53-year-old father, who works as a scaffolder, split up after the twins were born. 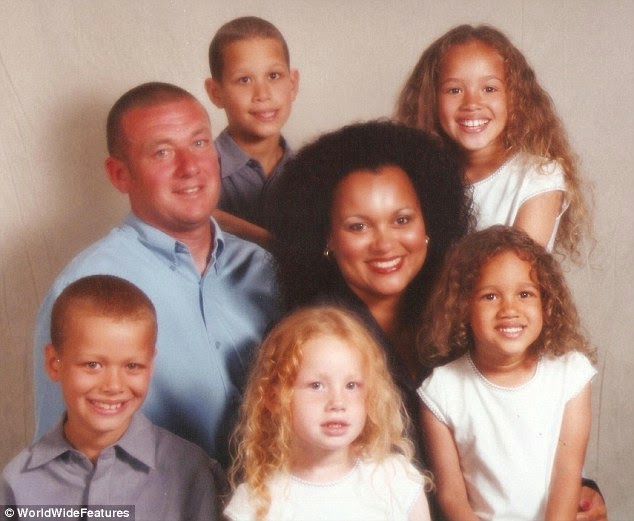 The 18-year-olds have three older siblings, George, 23, Chynna, 22, and Jordan, 21. Lucy said: ‘Our brothers and sisters have skin which is inbetween Maria and I. We are at opposite ends of the spectrum and they are all somewhere inbetween.

‘But my grandmother has a very fair English rose complexion, just like mine.’
She added: ‘No one ever believes we are twins. Even when we dress alike, we still don’t look like sisters, let alone twins. Friends have even made us produce our birth certificates to prove it.’

Certainly at school there were no problems mistaking the twins for one another – and no way of playing tricks to confuse their classmates.
Lucy said: ‘We were in the same class, but no one had a problem telling us apart. Twins are known for swapping identities. But there was no way Maria and I could ever do anything like that. 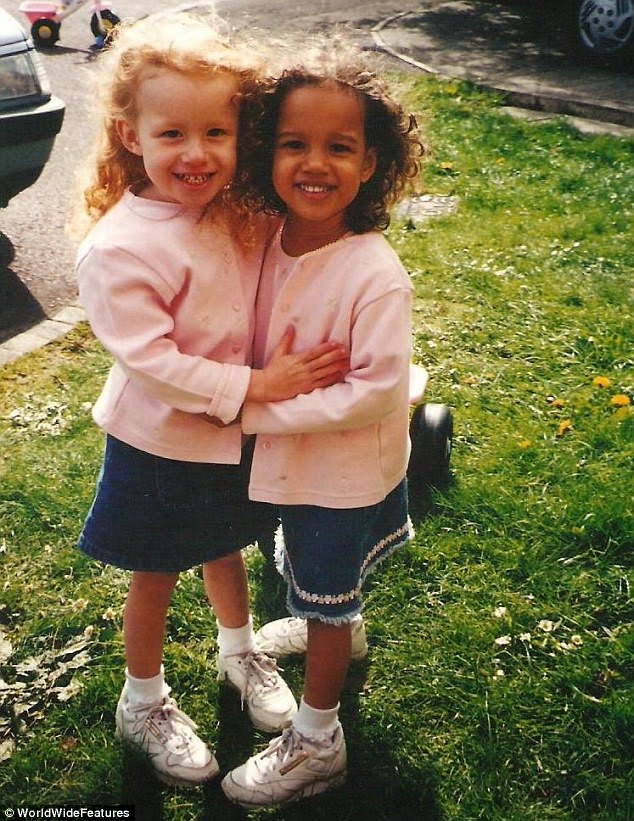 ‘Most twins look like two peas in a pod – but we couldn’t look more different if we tried. We don’t look like we have the same parents, let alone having been born at the same time.’

The twins’ interests are as different as their looks. Lucy studies art and design at Gloucester College whilst Maria studies law at Cheltenham College.

Lucy explained: ‘Maria was outgoing whilst I was the shy one. But Maria loves telling people at college that she has a white twin – and I’m very proud of having a black twin.’ 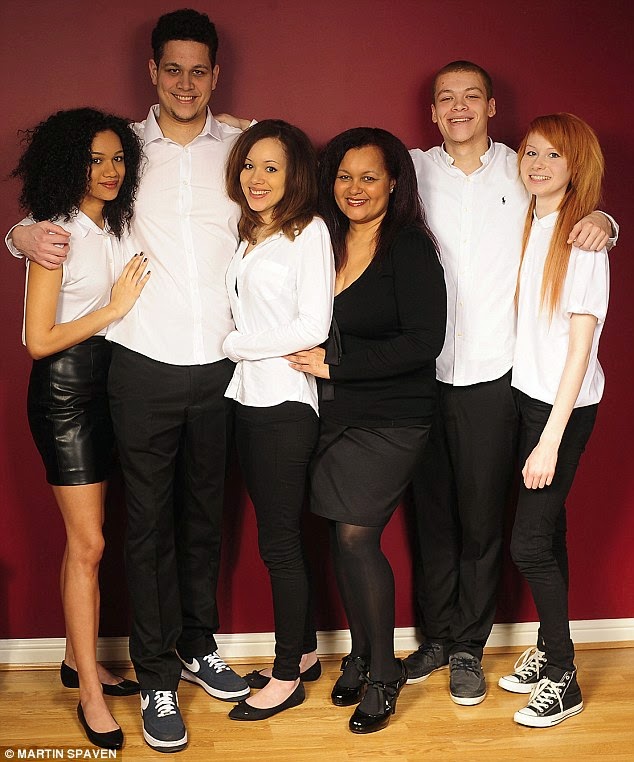 Posted by Buzzcanadalive at 9:38 PM