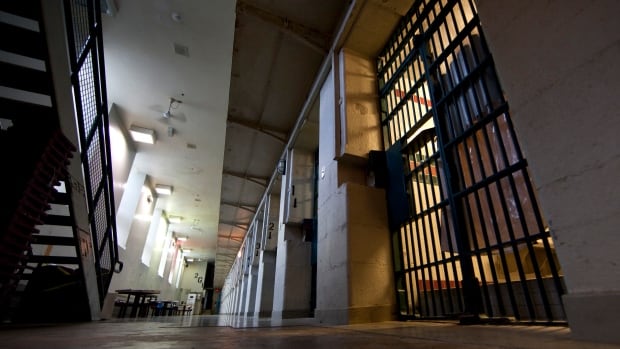 CBC
The federal government is cutting funds for a program designed to prevent the most dangerous, high-risk sex offenders from repeating their crimes, just as its own five-year study has found the program dramatically improves public safety and saves money.
The 18 Circles of Support and Accountability (COSA) programs across the country now have about 700 trained volunteers who help safely reintegrate offenders from prison back into the community.
Most sites are now preparing to close after funding from the Correctional Service of Canada ends March 31.


Evaluation found program reduces costs, recidivism
The looming closures come on the heels of a $7.5-million, five-year project by the National Crime Prevention Centre, funded by Public Safety Canada, showing the support program leads to dramatic reduction in repeat sex crimes. The capacity-building and evaluation project also found that for every dollar invested in the program, it saves $4.60.
Susan Love, who runs the program in Ottawa, is baffled by the decision to cut funds just as a study shows it to be successful and cost-effective.
"It's crazy, actually. It's like the left hand isn’t talking to the right hand," she told CBC News. "It's like this five-year study that was just done was irrelevant. Why invest the time and the money?"
For the support program in Ottawa, the federal funding was $12,000 a year from an operating budget of about $100,000 — far less than the annual cost of incarcerating one offender, Love notes. But it gave the program credibility to help leverage money from other funding sources, which can be a challenge with the "stigma" of sexual offenders, she said.
The correctional service has provided $650,000 in core funding annually, but half of that will be cut except for a program run by the Mennonite Central Committee with sites in Toronto, Hamilton and Kitchener, Ont., that has three years left on the contract. Those cuts come at the same time the five-year project funding — which had essentially boosted the annual budget to $2.2 million — expires.
Public safety at risk, program operators say
Love said the cuts have left program operators scrambling for alternate funding sources or preparing to close down. They have also launched a letter-writing campaign to Public Safety Minister Steven Blaney warning about consequences of the cutbacks.
"Without the support of COSA, the risk of further victimization will be greater, and public safety will be compromised," it reads.
Studies have shown that recidivism rates are 70 to 83 per cent lower among participants, and the evaluation finds examples of even greater success. One case site study in south Saskatchewan, for example, finds the support program has been "incredibly successful" by lowering reoffending rates by 95 per cent among participants.
The evaluation report found the program to be cost-effective in dollar terms and in reducing the suffering of victims.
"Every dollar invested in COSA to prevent a recidivistic event is worth $4.60 in savings to society in terms of justice system costs, medical costs, loss of productivity and pain and suffering," the report reads.
Andrew McWhinnie, a British Columbia psychologist who contributed to the evaluation, called the decision to cut funds a "mystery" since the program has proven to reduce victimization, a stated priority for the government.
"I would have to say that while the government has made much of its priority for victims and victims' rights, it is in effect, at the same time, backing away from the only non-governmental program in Canada that demonstrably prevents victimization in the first place," he said.
Made in Canada model adopted around the world
He noted that other countries — including the U.S., U.K., France, Italy, Spain, Australia and New Zealand — have or are in the process of instituting a "made in Canada" model of the support program as an important part of their criminal justice policies.
Funding was earmarked for cuts last year because it was deemed outside of the correctional service's core mandate, but it was extended until the evaluation report was complete.
Because the offenders are released at the end of their sentence on warrant expiry, they will be out in the community whether they participate in the volunteer program or not. Love said it comes down to whether it is better for the public to keep them marginalized and at higher risk to reoffend, or monitored and given tools to lower the risks of reoffending.
“They [government officials] talk very strongly about protecting victims — so why not support COSA? We have the same mission. That is our purpose — to prevent victims.”
Jean-Christophe de Le Rue, spokesman for the public safety minister, said funding for the evaluation through the National Crime Prevention Centre allowed for testing various models and data collection, but could not be renewed after the five-year cycle ended.
He did not address the issue of core funding cuts from the correctional service.
"Our government believes that dangerous sex offenders belong behind bars. That is why we have put forward a number of important measures to ensure our streets and communities are safe," he said.
Posted by Buzzcanadalive at 9:42 PM