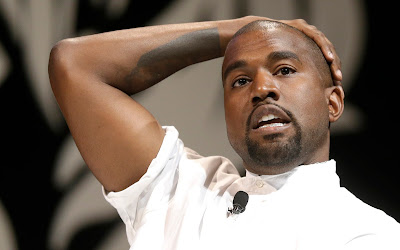 A few days ago, Kanye said his new album Waves formerly known as Swish will be the 'greatest album of all time. Erm, insiders aren't so sure...

Our source, who has heard tracks from “Waves,” tells us West shouldn’t be so cocky: “It’s not the greatest album ever made. The people he’s getting feedback from are not the same as when he’d go to Jay Z to get feedback. Now, it’s from Kris Jenner. The stuff he’s done lately is dumbed down because of the Kardashians, but he’s still brilliant"

Posted by Buzzcanadalive at 5:39 PM