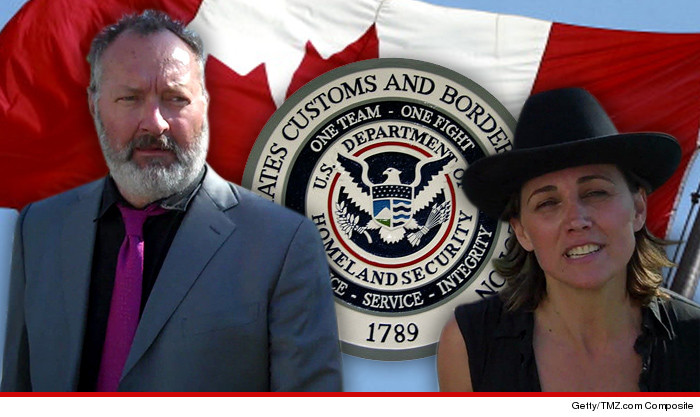 Randy Quaid and his wife went to Canada and now they're not allowed to come home ... so they're suing the United States Secretary of State so they can return to their homeland.

Seems Randy and Evi are paying the piper for all the trouble emanating from some hotel hijinks. They skipped out on their $10K hotel bill in 2009 by using bogus credit cards. Criminal charges were filed but they evaded authorities and felony arrest warrants were issued.


Randy and Evi went to Canada in 2010 but there was a big problem ... they're fugitives from justice because the felony warrants are still active. So the U.S. government revoked their passports.

They've tried to get asylum in Canada but the government shut them down.

The couple just filed a lawsuit against John Kerry, claiming they have been illegally deprived of their legal identity as American citizens.