Outrageous! Gunmen in Kenya separate Christians from Muslims and then kill them 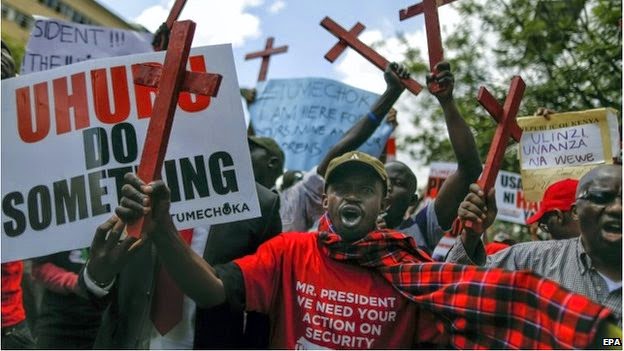 Gunmen in Kenya this morning Dec 2nd attacked a quarry at Mandera town in North Kenya, killing 36 Christians. According to multiple eye witnesses, the gunmen stormed the place, ordered all the non-Muslims, about 36 of them, to step away from the Muslims and then shot them all dead. One witness told Reuters that four of the victims had been beheaded.

According to local media reports, the unknown gunmen suspected to be members of the Somalia basedal-Shabab group that killed 28 people in an attack on a bus targeting non-Muslims in the same area last week, attacked the quarry workers very early this morning while they were sleeping.
Posted by Buzzcanadalive at 11:00 PM