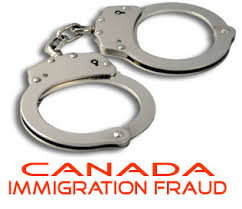 CBC
A Toronto woman has been charged in connection with a scheme that defrauded would-be immigrant workers of more than $1.5 million, police say.
The investigation into GoWest Jobs International, an employment recruiting agency on Finch Avenue West that specializes in immigrant workers, began in October last year.
According to police, the company took payments from foreign applicants, many of Filipino descent, to produce fraudulent documents, references and employment contracts. These materials were then submitted to foreign government agencies to create the appearance that all the necessary paperwork was in order.
When the applicants tried to follow up, however, they were denied entry to Canada because of the false documentation submitted on their behalf.


Those caught with fake paperwork are banned from reapplying to work in Canada for two years.
Police allege the company took more than $1.5 million in fees from about 500 applicants from six countries.
On Wednesday, police arrested and charged Go West Jobs owner Imelda Fronda Saluma, 46, with 39 offences, including 11 counts of fraud over $5,000.
Agnes Aquino says she used GoWest to bring four relatives from the Philippines to Canada for work. Aquino told CBC News she paid Saluma $3,500 in 2012 to process the applications for the work permits.
When Aquino's relatives went to the embassy in Manila to have their documents verified, they were told they were not valid.
"They are heartbroken and frustrated," said Aquino. "They would really like to come over and work."
Aquino said Saluma promised to refund the money, but never did.
Police believe there may be more people affected by the alleged scheme.
They want anyone who may have been defrauded or who may have valuable information to contact them.
Posted by Buzzcanadalive at 9:58 PM