The World's 20 Most Admired Men And Women 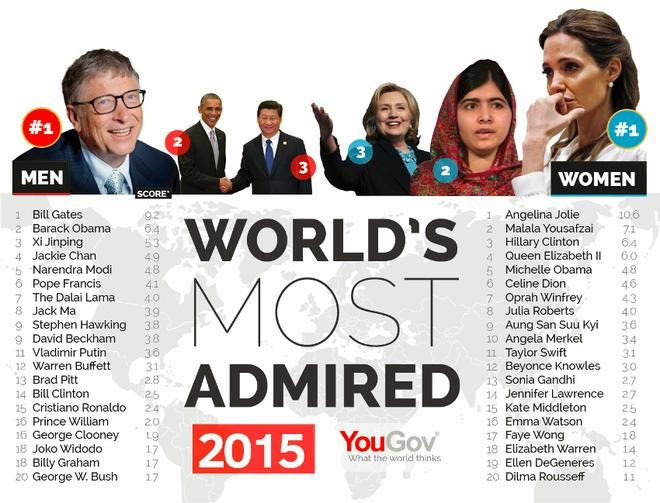 SEE MOST ADMIRED IN THE WORLD FULL DETAILS

The two towering figures of Democratic Party politics are also the most admired man and woman in the United States. In a massive study conducted by YouGov in the United States and around the world, the American public have said that Barack Obama and Hillary Clinton are the most admired public figures alive today. Though Hillary has not officially declared her candidacy for the 2016 presidential elections, she is widely considered a favorite to follow Barack Obama into the White House. As this year's Most Admired survey shows, she enjoys widespread public esteem, both here and abroad.