Meet Canadian Mayor Who Wore Same Suit For Over One Year 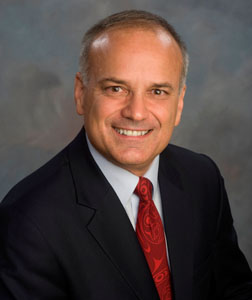 Double standards are alive and thriving in politics. To prove that, one B.C. mayor wore the same suit for well over a year and waited for someone to notice and say something about it.

Coquitlam Mayor Richard Stewart said his 15-month social experiment only came to an end after a councillor made an offhand remark about his “plain, off-the-rack, boring, dark blue” suit.

“The comment was actually because three councillors had worn grey suits, and I was in a dark blue suit. So it was a flippant ‘Didn’t you get the memo?' comment,’ Stewart wrote on Facebook Monday.

In a 1,300-word note titled “What if the mayor wore the same suit for a year?” — most of it written in 2014 to reflect his thoughts when he began his test — Stewart talked about his experience.

He made reference to women in B.C.’s legislature — who make up 25 per cent of all MLAs — and how they face criticism based solely on what they choose to wear.


“There are double standards in so many aspects of our lives, a different standard for men than for women,” Stewart wrote.

I heard from female MLA colleagues about the fact that when I went to Victoria for a week-long sitting of the legislature, I could take a suit and a couple of shirts; they needed to pack a suitcase, lest they be caught wearing the same outfit twice in a week. Seriously? Go ahead and laugh, guys, but I suspect there are more than a few women nodding in agreement.

Stewart explained he was inspired by Australian news anchor Karl Stefanovic who wore the same suit for a year to highlight sexist garbage his co-anchor Lisa Wilkinson puts up with from viewers criticizing her on-air appearance.

Stewart, a father of four, was first elected to Coquitlam city council in 2005. By the end of his experiment, he'd worn his blue getup 150 times to city council meetings. (He said he also had it dry-cleaned regularly.)

On Monday, he urged readers to look beyond the clothes politicians and candidates wear, and to judge them on their inner character instead.

source: Huffpost
Posted by Buzzcanadalive at 2:11 AM