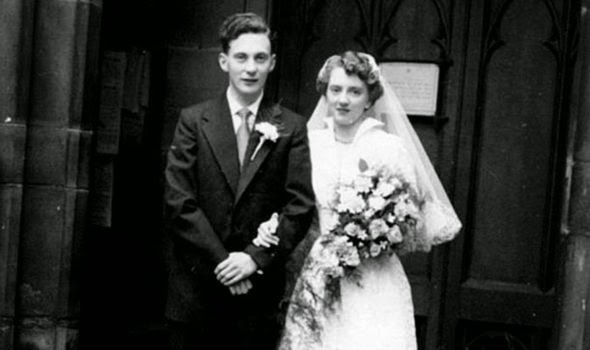 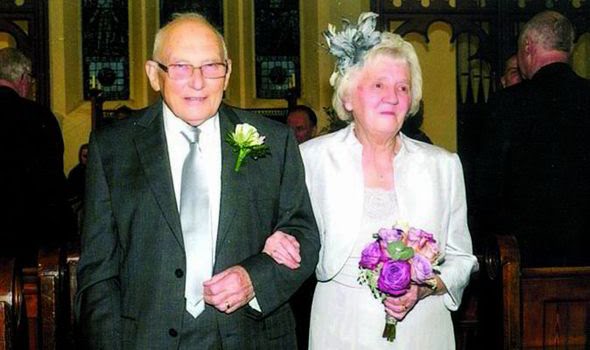 Neville and Barbara Pearce first tied the knot in 1956. But after having two children they divorced in 1977 amid constant bickering.

Following the death of Neville’s second wife, also called Barbara, the couple fell in love again in 2012, despite 35 happy years apart. They exchanged vows at St Thomas’ Church in their hometown of Barnsley, South Yorkshire.

Barbara, 79, said: “It was a really lovely day. It’s simple now. We get along and don’t argue.”
Neville, 81, said work and family pressures initially drove them apart.

“We were young and didn’t put enough into it,” he said. “But it’s all water under the bridge now.”
The couple said they would celebrate today with a pork pie and a bottle of beer