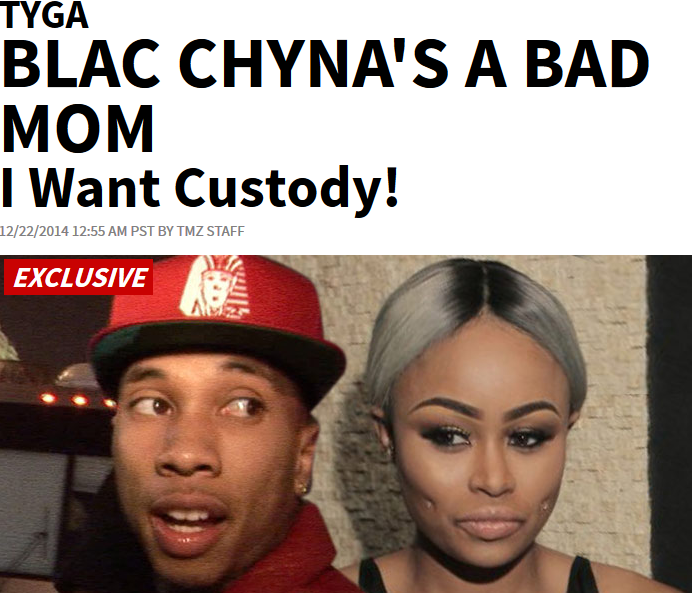 Rapper Tyga went ballistic on TMZ yesterday after they reported that he wanted full custody of his son with former stripper Blac Chyna because she was a bad mother who would rather spend her days & nights twerking instead of taking care of their baby. Tyga spazzed out on TMZ on twitter...

Tyga thinks Blac Chyna is unfit to properly care for their child because she twerks and parties too much ... seriously.
Tyga is alarmed that Blac Chyna seems more interested in hitting the clubs than parenting their 2-year-old son King Cairo, so we've learned he will file legal docs asking for primary custody.

The rapper thinks his baby mama has lost her focus on caring for the little boy ... she's more interested in making a spectacle of herself ... twerking day and night when there's a camera in sight.

He lost it when he saw the double twerk featuring Blac Chyna and Amber Rose. And when she went out later that same night and partied at a club, he decided he was going to take her to court. He says he does not want his son raised by nannies.

The former couple does not have a custody order, but currently she has the kid more than him. He wants to change that.
Posted by Buzzcanadalive at 7:30 AM