How long will these female rappers rant on each other? It looks like it’s going to last a day longer today because Iggy Azalea has just taken the feud to another level this morning after she slammed the rapper for being a bully, a bigot, and a “miserable, angry human being.”

The 24-year-old “Fancy” rapper’s comments come after Azealia said this in a radio interview on Thursday (December 18): “The Grammys are supposed to be awards for artistic excellence… Iggy Azalea’s not excellent.”

Iggy Azalea went off in a series of tweets on her Twitter page: 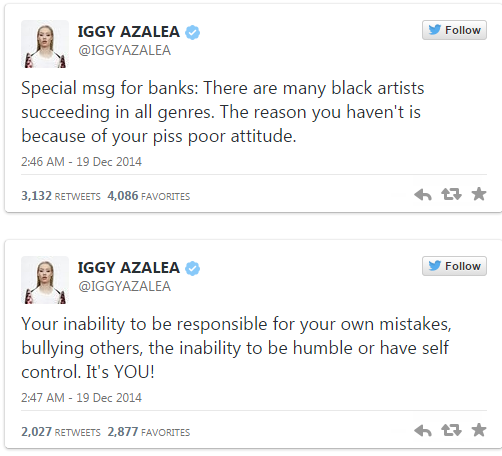 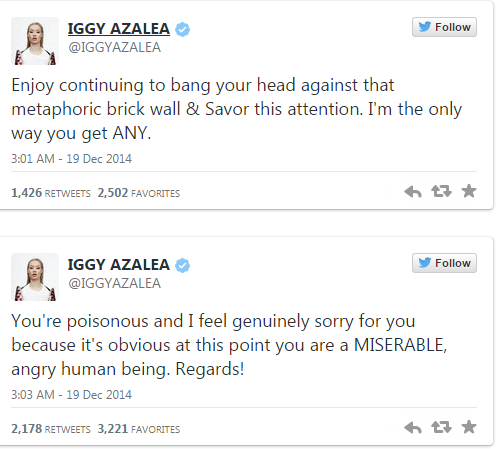 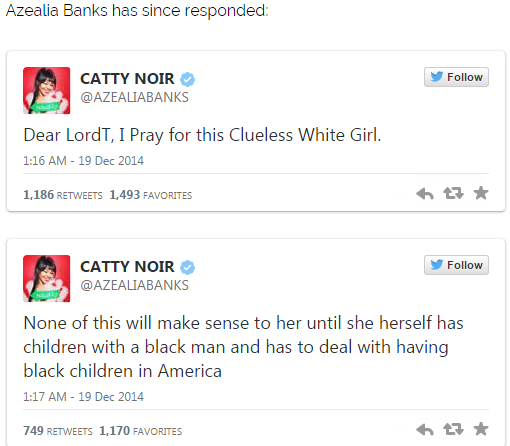 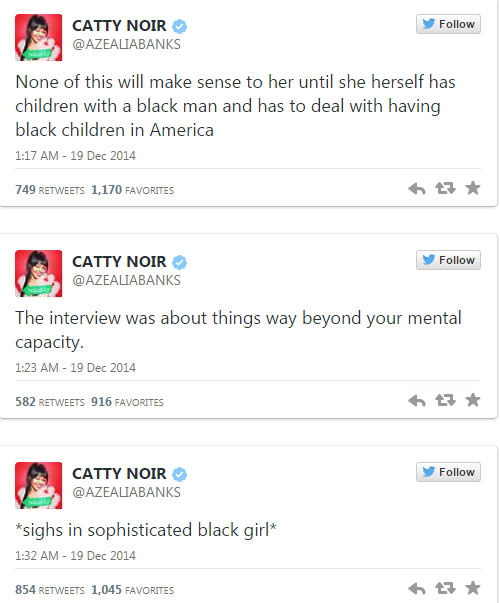