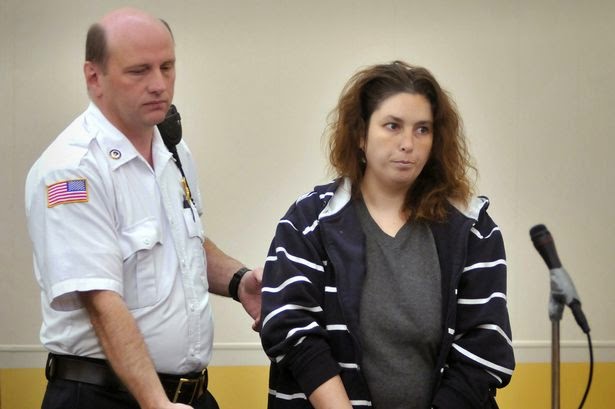 A mum in America has been charged with two counts of murder after the remains of three babies were found in the filthy, vermin-infested home she shared with her boyfriend and four other children. Erika Murray, 31, was charged with foetal death concealment, witness intimidation and permitting substantial injury to a child.

Her boyfriend, Ray Rivera, is charged with offences including assault and battery on a child and reckless endangerment of a child.

Prosecutors described the horrific conditions that four children - aged from six months to 13 years - were found alive in at the house.


Authorities said there were piles of dirty diapers, rubbish strewn everywhere, and remains of dead animals. The children were removed from the address in August after a 10-year-old boy went to a neighbour's house, and asked for help in quieting a crying baby.


The neighbour allegedly discovered a severely neglected six-month-old baby covered in excrement, and a three-year-old child.

After the older children were interviewed, police searched the house in Massachusetts, where they discovered the remains of three babies.

Charges have been brought for the murder of two of the babies - one who was wearing a onesie, and the other who was in a diaper.
It is believed that the third dead infant still had its placenta attached, and Murray has therefore not been charged with its murder.

She is being held on $1million bail after pleading not guilty to the offences she was first charged with. Murray is yet to enter pleas to the murder charge.

The prosecutor said in court that DNA proves Rivera is also the father of all seven children that lived in the home, and quoted a paediatrician as saying this was worst case of extreme neglect she has ever seen.

The house that the couple shared was condemned and has since been demolished.
Posted by Buzzcanadalive at 11:00 PM