Hollywood | Reese Witherspoon "Don’t put me in that box". I am Different! 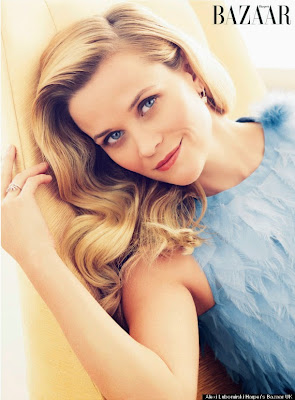 Reese Witherspoon might be a blond Southern beauty, but she does not want to be confined by her looks.

"Don’t put me in that box. Or any box, for that matter," Witherspoon told Harper's Bazaar UK. "People are complex, on-screen and off. Can’t we do justice to that?"

The 38-year-old actress appears on the cover of the January 2015 issue of the fashion magazine.

The word "complex" comes up multiple times in her cover story interview. One of those times was while discussing role limitations for females in Hollywood and why she launched her own production company, Pacific Standard.

"It wasn’t as if there was a lack of roles being offered to me," she said. "It was the dynamic aspect of playing a really interesting, complicated person that was not readily available. Honestly, I don’t know a woman who isn’t complicated. It’s strange that you don’t see many complicated women on film; complicated meaning complex, I should say."

Witherspoon, who stars in Pacific Standard's "Wild," admits to her own complexity while discussing her 2013 disorderly conduct arrest. The actress was apprehended after arguing with an Atlanta police officer during a drunk driving stop with her husband, Jim Toth.

"[I]t was a moment where I think people sort of realized I wasn’t exactly what they thought I was ... We all like to define people by the ways the media presents them. If it shows I have a complexity that people didn’t know about, that’s part of human nature."

Huffington
Posted by Buzzcanadalive at 2:00 PM