Hot Gossip! Kanye West wants Kim to have another baby on her 35th birthday 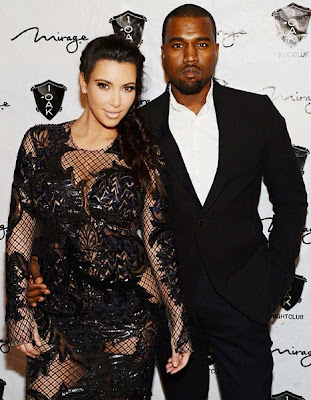 Contrary to reports that Kim and Kanye's marriage is headed for the rocks, the power couple are said to be trying to conceive their second baby and give 18 month old North a sibling. According to new reports, Kanye has a special date in mind for the birth of their second baby - he wants it to be on Kim's 35th birthday on Oct. 21, 2015.

A source close to the couple told Hollywood Life that they are in "holiday bliss mode," and having sex nonstop.

"Trying isn't the word. Kanye wants to get Kim pregnant, immediately. Kanye has this big dream: He wants to give Kim a baby on her 35th birthday and he's trying to get her pregnant between now and January in hopes that Kim will be in labor on her birthday...

"Everything about Kanye is original and sentimental. He proposed to her on her birthday and now he wants to give her a second child on the same day next year."

On Kim's part, "She’s all for it. She thinks it’s the perfect plan and she’s just as hungry for sex with her man as he is for her," the source added.
Posted by Buzzcanadalive at 5:00 PM