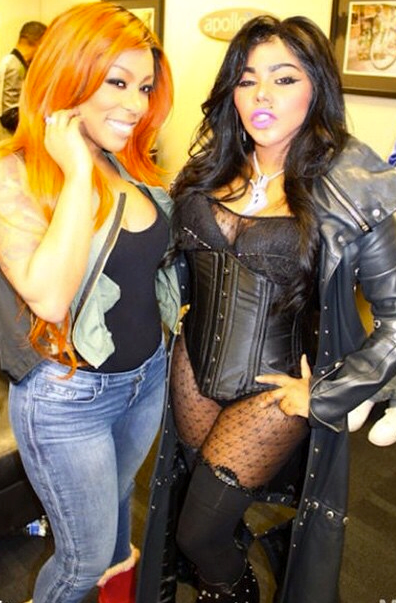 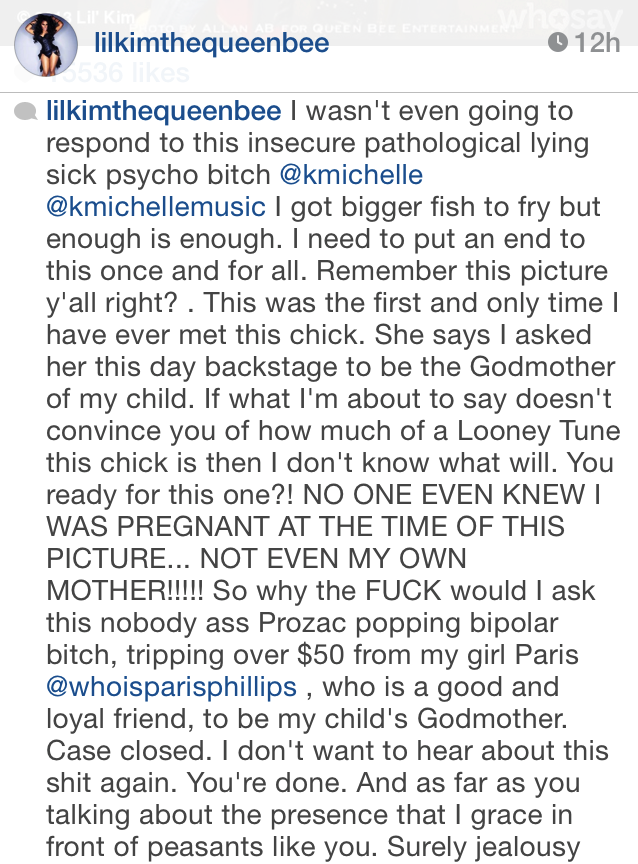 Singer K Michelle has been going around for a while saying rapper Lil Kim asked her to be the godmother of her child, something Lil Kim has since denied.
But two days ago, while promoting her new album at the Breakfast Club, K Michelle insisted once more that she wasn't lying, that Lil Kim really asked her to be her son's godmother. After the interview aired, Lil Kim unleashed her epic read and dragged K Michelle by her hair, bones and fingernails. 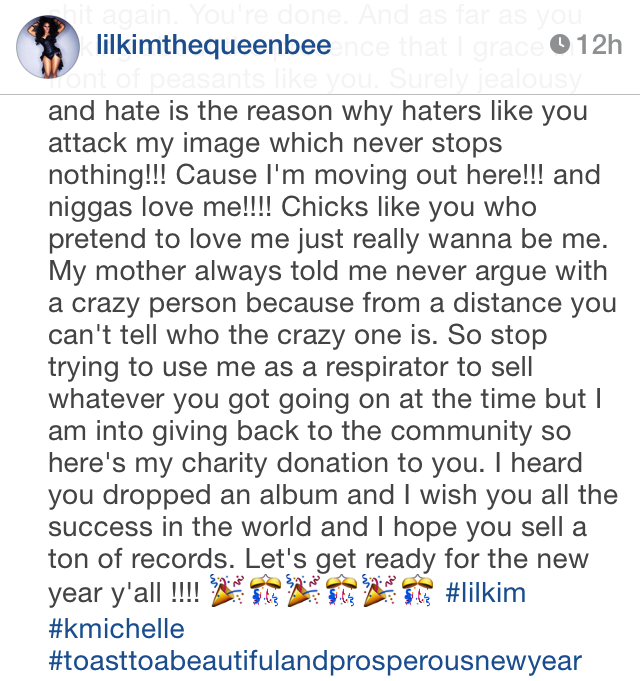 Posted by Buzzcanadalive at 4:00 AM