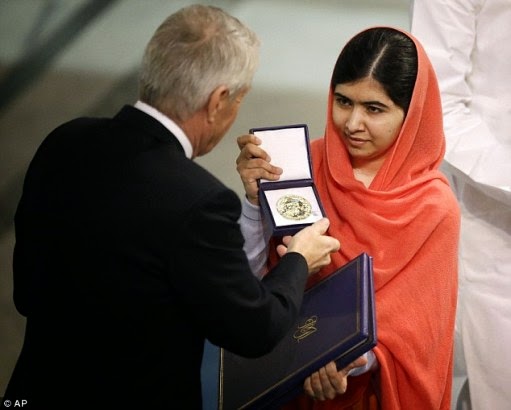 "I tell my story, not because it is unique, but because it is not. It is the story of many girls. I am pretty certain that I am also the first recipient of the Nobel Peace Prize who still fights with her younger brothers". 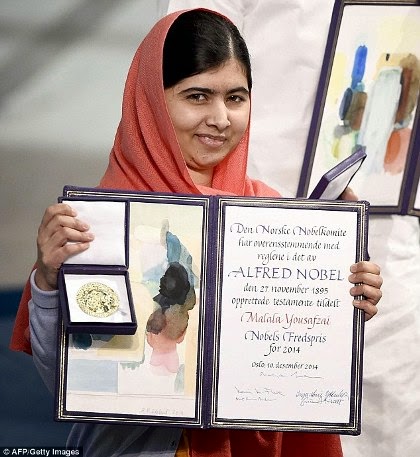 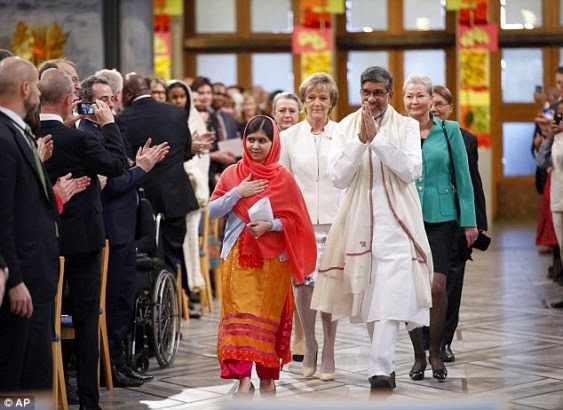 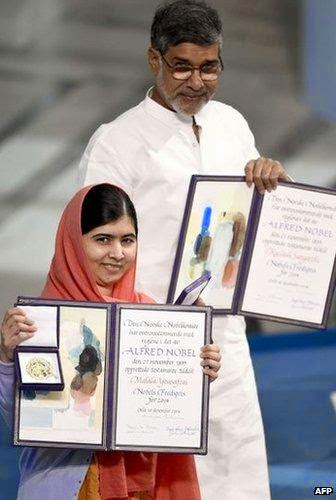 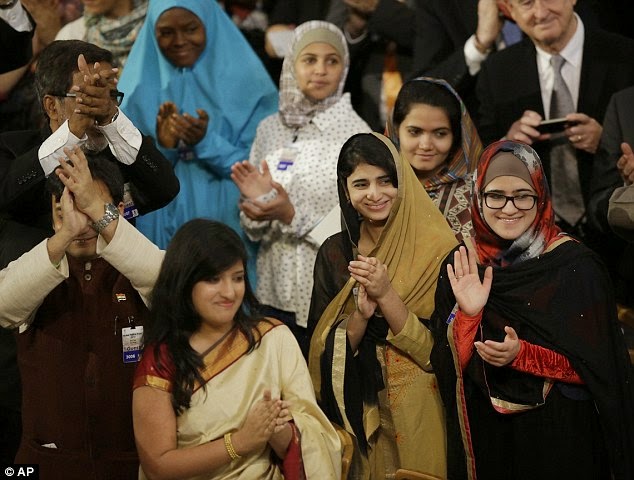 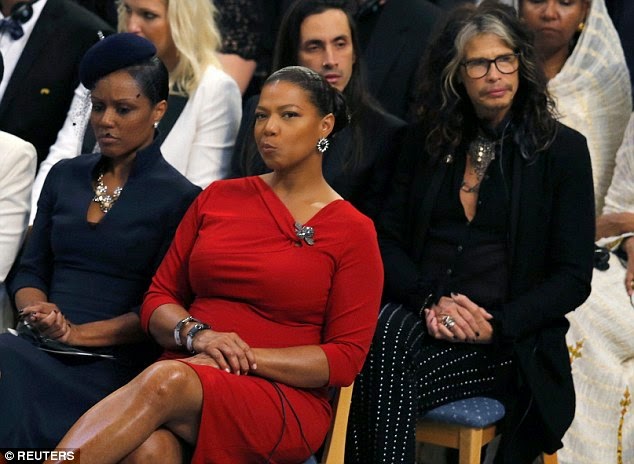 Guests at the event included Queen Latifah and Steven Tyler
Posted by Buzzcanadalive at 5:00 AM