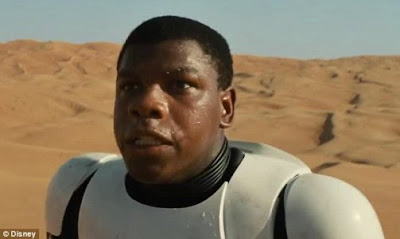 The trailer of Star Wars episode 7- The Force Awakens was out over the weekend and there was quite a stir on social media because John Boyega, is black and acting the role of an Imperial Stormtooper (fictional soldiers); a role that they say has only been played by white people.

The hashtag #blackstormtrooper was a trending topic on Twitter over the weekend, leading to some people writing racist comments. John, who also acted in Half of a Yellow Sun as Chiwetel Ejiofor's character's houseboy, maturely handled the critics in one post on instagram. 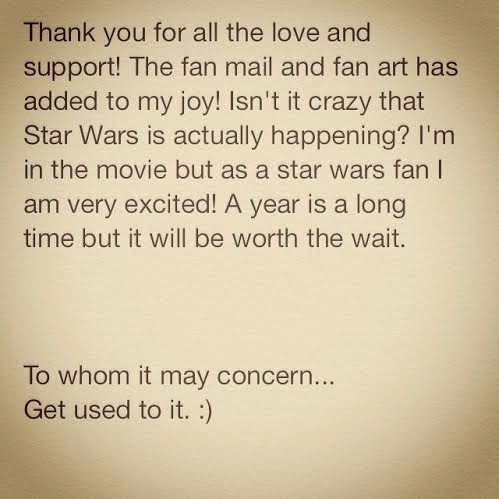