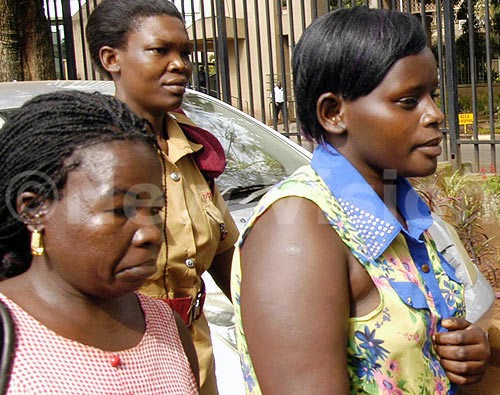 The Uganda maid who was filmed battering that little girl a few weeks ago was in court today Dec. 8th where she pleaded guilty to child abuse.

Jolly Tumuhirwe, 22, who was in court with her mum, asked her parents, the girl's parents and all of Uganda to forgive her.

According to the BBC, the girl's father Eric Kamanzi broke down in court when Jolly asked for forgiveness. Jolly faces up to 15 years in prison for the crime or a fine of about $400 (£260) or both.

Her case was adjourned to Wednesday December 10th when the judge is expected to sentence her. She was led away in cuffs by prison officers after the session this morning.
Posted by Buzzcanadalive at 10:30 AM