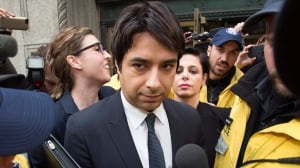 The Canadian Broadcasting Corporation's director of network talk radio is contradicting comments made by Chris Boyce, head of CBC Radio, saying that she was never asked to investigate complaints about Jian Ghomeshi's behaviour within the Q unit.

In an email to Boyce, Linda Groen said, "I have to set the record straight on one particular point" regarding comments Boyce made on CBC's the fifth estate last Friday.

“At no point did you or any senior manager ever instruct me to conduct such an investigation, formally or otherwise,” Groen wrote. “To the contrary, I was assured and confident that you and HR were handling the matter and asking the appropriate people the necessary questions.

"To characterize, post facto, my role as investigative, however loosely defined, is a misrepresentation of facts and surprising, not only to me, but also, judging by their response to the fifth estate 'survey,' to the entire Q team."

Groen said she would be sharing her email to Boyce with the Q team and with lawyer Janice Rubin, who has been hired by the public broadcaster to carry out an independent review of how the Ghomeshi allegations were handled.

"Like you, I wish for a full and truthful accounting," Groen wrote.

In an interview with the fifth estate, Boyce said that CBC conducted an internal investigation this summer into allegations of Ghomeshi's behaviour that involved a cross-section of people who had worked on Q  — editorial, management level and producer.

In a survey conducted by the fifth estate, all of the known employees working at Q last summer, except Ghomeshi's executive producer Arif Noorani, said they were not contacted by CBC management with questions about Ghomeshi. Noorani, who has been reassigned since Ghomeshi's firing, did not respond to the survey.

Asked about the results of the survey, Boyce told the fifth estate's Gillian Findlay that he, CBC's head of human resources Todd Spencer and Groen had discussions with people about the allegations. Boyce added that he didn't want to get "into the specifics of who talked to who" and that it would be best to wait for the outcome of the independent review being carried out by Rubin.

Boyce had no comment about Groen's email.
Posted by Buzzcanadalive at 11:00 AM