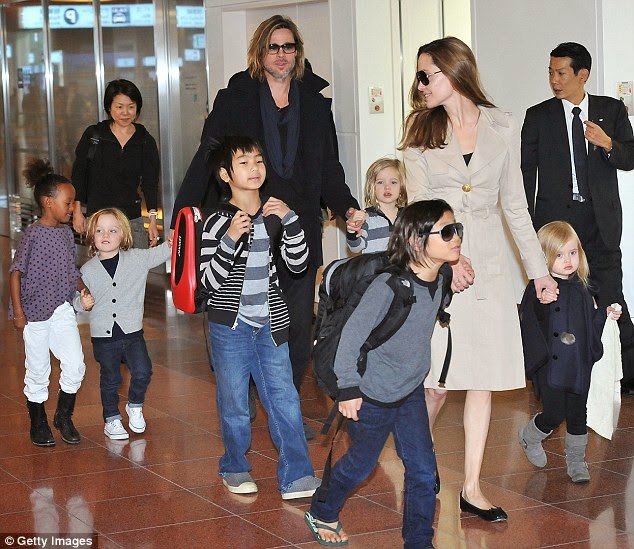 Tattooed Hollywood star Angelina Jolie says that her young children have horrified their father Brad Pitt - because they want their own inkings. The couple are parents to six children, six-year-old twins Vivienne and Knox, Shiloh, eight, Zahara, nine, Pax, 11 and Maddox, 13. 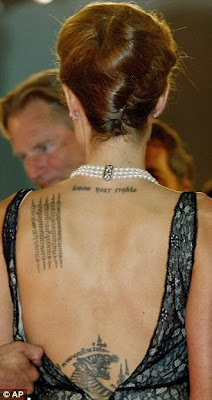 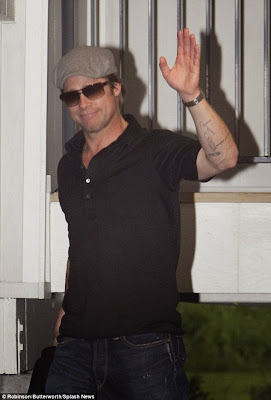 Jolie, 39, is thought to have about 17 different designs, including an inscription on her arm which she got just last year, inked all over her body. Despite his aversion to tattoos for his children, Brad has up to a dozen of his own inkings.