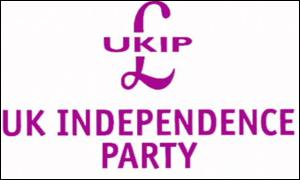 A sex scandal has rocked United Kingdom Independence Party with star candidate Natasha Bolter pulling out of race for nomination after making sexual harassment allegations against the party’s general secretary.

According to NBC News, Natasha Bolter, a former Labour supporter and rising star in Ukip, has withdrawn from the electoral race in South Basildon after claiming Ukip general secretary Roger Bird made unwanted advances towards her.

Ukip on Monday night announced that it has suspended its general secretary Roger Bird “following allegations of impropriety”.

Ukip said “Shortly after a claim came to light about the conduct of Mr. Bird with regard to candidate selection, the UK Independence Party took action swiftly and decisively, including steps involving external Human Resources consultants, as well as following due process and the Party’s Constitution to the letter.”

The Ukip spokesperson added “Unfortunately, Ukip has had to suspend Bird pending a full investigation into allegations made against him. The party has acted swiftly and decisively and will not tolerate impropriety of any kind amongst its staff”.

Bird who has been involved in vetting candidates however said he was involved with Bolter in a consensual relationship.

Bird claimed the two had a sexual relationship, which Bolter denies. Bird said “We were in a relationship briefly, but that relationship developed well after she had been admitted to the approved candidates list, so her selection was not connected to this.”

He added “Natasha Bolter’s candidate assessment was conducted entirely within the rules, as the party has already verified. Subsequent to that, Natasha Bolter and I were in a consensual relationship. I am not the head of candidates and I do not dictate which candidates get selected for which seats, nor would I try to, although I have advised and helped a number of candidates over the course of my years in the party”.
Posted by Buzzcanadalive at 9:30 AM