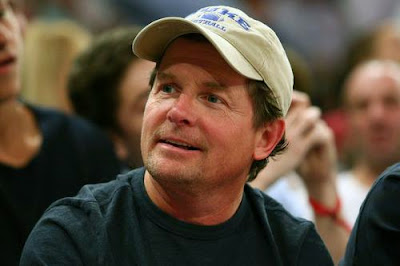 BBC
The doctor treating Michael J Fox’s Parkinson’s Disease has spoken about using the ‘unconventional’ method of drilling holes into the actor’s brain.

Clinical neurologist Dr Allan Ropper has said that the treatment is ‘highly effective’ in lessening the tremors that Fox is suffering.

However, Ropper added that he received some ‘heat’ for using the method from the outside medical community.

“It was highly successful,” he told the BBC’s Radio Five Live.

“Though I took a lot of heat for it, because it was not a conventional procedure.

“Some people with Parkinson’s who start with a tremor and who are young at the onset, ironically, do extremely well in the long run.

“One would have thought the opposite, that if you’re young when you get it, you’ll be worse off.

“Early on, and still for a very long period, [Fox] purely had a tremor. The other features of Parkinson’s weren’t evident.

“We know from accidents by an ancient neurosurgeon, by which I mean 40 years ago, that small strokes in a particular part of the brain stop the tremor of Parkinson’s.

“It was an accidental observation. After that, the Swedes began to make holes with little instruments in those places. That’s what we did. We made a little hole in the thalamus, killed the tremor, dead.

“There are more modern techniques now, in which a stimulator is put in, but Mr Fox did not want the contraption.”

He added that he had ‘a high degree of confidence’ performing the procedure on the actor.

The star of ‘Back To The Future’, now 53, was just 30 when he was diagnosed with early-onset Parkinson’s Disease in 1991.
Posted by Buzzcanadalive at 11:30 AM