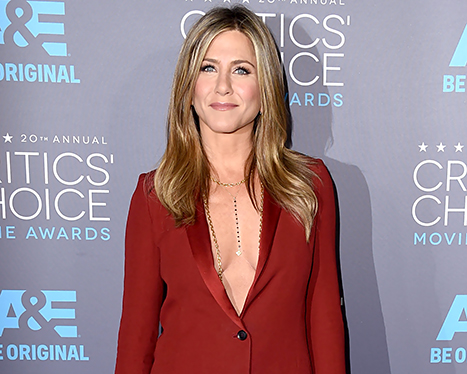 Jennifer Aniston isn't eating cake by her lonesome. Hours after it was revealed that she had been snubbed by the Oscars, the Cake actress joined several other A-listers at the Critics' Choice Awards in L.A. on Thursday, Jan. 15, appearing to be just fine.

"I'd be lying if there wasn't a little [aw], but after that there's a lot of, 'but look at tonight, look at the Globes, look at the SAGs!'" Aniston, 45, told Access Hollywood on the red carpet. "We're an embarrassment of wonderful riches [for] a movie that hasn't even been released and is teensy tiny. This is all just cherries on top of something that was really special to us. So we're really excited."

Despite the snub, Aniston was nominated for a Golden Globe and Critics' Choice Award for her work. (Moore came out on top in both.) In addition, she has also received support from her famous pals Witherspoon and Moore since the Oscars announcement. "[Reese] sent me such a sweet email, as did Julianne [Moore].

Us Weekly
Posted by Buzzcanadalive at 7:00 PM