Busted! US Teachers Caught Having Sex With Students In Beach 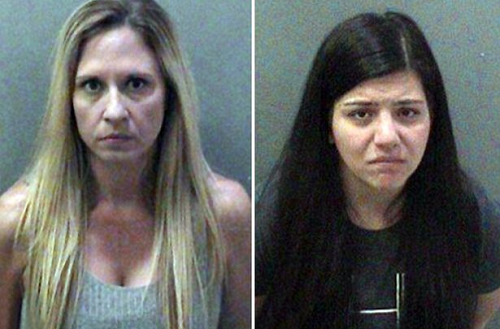 Two teachers have been arrested after being caught indulging in s*x with their male students while away on a field trip. South Hills High School teacher Melody Lippert, 38, met up with a group of students at a beach in San Clemente in November of last year. Cops however says she gave the group alcohol to take and then engaged in a s*xual act with one of the male students.

Not satisfied, she reportedly made plans to meet up with the students a second time at the same spot, bringing along another teacher, 30-year-old Michelle Ghirelli.

The two met up with several of the same group, spending a night on the beach during which they had s*x with two students.

Police released the pair on bail on Sunday, according to American news reports, and are due to appear in court on Wednesday.
Posted by Buzzcanadalive at 7:00 AM