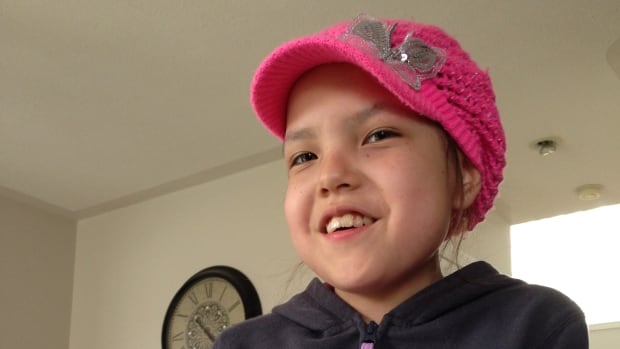 The girl died Monday after suffering a stroke Sunday.

"Surrounded by the love and support of her family, her community and her nation … Makayla completed her course. She is now safely in the arms of Jesus," her family said in a statement published by the Two Row Times.

The girl’s case made national headlines and ignited a debate about the validity of indigenous medicine and the rights of children to choose their own treatment. The Saults are from the New Credit First Nation near Caledonia, Ont.
Makayla was given a 75 per cent chance of survival when she was diagnosed with acute lymphoblastic leukemia (ALL) in March. She underwent 11 weeks of chemotherapy at McMaster Children’s Hospital in Hamilton.

Her mother, Sonya Sault, said Makayla experienced severe side-effects and at one point ended up in intensive care.

After Makayla said she had a vision of Jesus in the hospital, she wrote a letter to her doctors asking to stop treatment.

"I am writing this letter to tell you that this chemo is killing my body and I cannot take it anymore."

She left chemotherapy treatment while in remission to pursue alternative and traditional indigenous medicine.

"Makayla was on her way to wellness, bravely fighting toward holistic well-being after the harsh side-effects that 12 weeks of chemotherapy inflicted on her body," the family statement read. "Chemotherapy did irreversible damage to her heart and major organs. This was the cause of the stroke."

Although her family claims her death was due to chemotherapy, in September, a McMaster oncologist testified at a  hearing on a similar case of a First Nations girl refusing cancer treatment that Makayla had suffered a relapse. The doctor also testified that there are no known cases of survival of this type of leukemia without a full course of chemotherapy treatment.
Posted by Buzzcanadalive at 5:49 PM