How Come! Dozens of school officials, teachers assaulted in Winnipeg in past 2 years 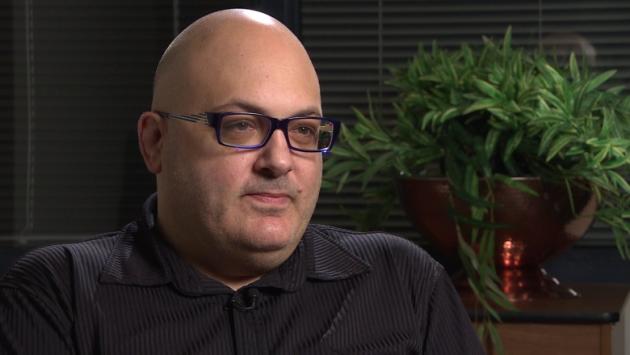 CBC
Dozens of school staff, including teachers, have been assaulted in Winnipeg in the past two years, according to documents obtained by the CBC’s I-Team.
One in seven assaults documented by the Winnipeg School Division in its suspension reports between September 2012 and January 2014 were against a staff member.
In total, 931 physical assaults took place. There were 134 attacks that were on staff and 797 on students.
“Wow. That's high,” said school trustee Mike Babinsky in an interview with the CBC News I-Team.
“Those kids come to school with so much baggage,” said former teacher, Ron East. “I'm here to tell you as one of those statistics that it's not okay. It just isn't."
East suffered a life-changing brain injury after a 15-year-old boy assaulted him on a St. James school playground.


“He just launched and head-butted me and that's pretty much the last thing I remember,” said East in an interview with CBC News. “I lost my short term memory. I lost my ability to walk. I couldn't talk. Just pretty much regressed to almost a baby state. It took years of a variety of different rehabilitation to get me to where I am today.”
East says the teen was from another school and had come looking for a student who allegedly did something to his sibling.
“I'm glad still today that it was me, it wasn't one of the students,” said East. “Those kids didn't deserve it.”
After the 2001 incident, East said he felt he couldn’t return to a classroom setting.
“The attack left a scar. PTSD is what it's left and … it's not allowed me to step into a classroom and have the door shut behind me,” he said. “I'll wonder which one of those kids will be the kid I have to watch?”
The Manitoba Teachers Society says the actual number of assaults on teachers is higher than the numbers show because administrators discourage teachers from reporting incidents and because some incidents do not lead to suspension.
“You’re discouraged from reporting this for fear it’ll blight the reputation of the child or the student,” said Paul Olson, president of the teacher's society.
Olson said his organization launched an awareness campaign, that is still on-going, encouraging teachers to report violence.
“You do need to feel free to report, to process this information properly, to make sure the data are collected that can help people keep an eye on this problem,” Olson said.
More verbal assaults on staff
Between September 2012 and January 2014 there were more verbal assaults on staff than on students. There were 82 incidents involving the possession, use or threat of weapons, 18 suspensions involved inappropriate use of the internet and 130 involved illegal drugs.
In all, 1,381 students were suspended from the Winnipeg School Division between September 2013 and January 2014, a division with roughly 30,000 students.
Babinsky said the division has been stripping suspension reports of detail over the years, which he feels is unfair to parents and decision makers.
“The suspension reports that we're getting are very vague. They're very watered down. It'll say there's so many assaults. We don't know where they're coming from. They are broken down sometimes into districts but each district has 20 different schools so we don't know what's going on," Babinksy said.
“It's not a private company that we decided, 'we're not going to share that information.' The safety of our children is very important.
“I've always wondered why people want to keep this [information] a secret, why they don't want to share information? The only thing I can think of is that the administration — this is a problem for them. People start questioning: Why are kids fighting? Why are there drugs in schools? What are we doing about it?”
Drugs top reason for LRSD suspensions
While physical violence is the top reason for suspensions at the Winnipeg School Division, at the smaller Louis Riel School Division (LRSD) it’s drugs. There were 118 cases involving drugs in the 2012-2013 academic year, while there were 107 cases of physical assault or fighting in the same time frame. The division did not track violence against staff and students separately.
At the LRSD, there were 23 suspensions involving weapons from September 2012 to June 2013. Most of the weapons were knives or switchblades.
School staff also found bear mace, a pool ball tied to a rope, and a pellet launcher and air guns were also reported in that division’s suspensions.
By contrast, Toronto’s school division uses data submitted by each school to compile detailed information about students getting suspended and releases that information to the public each year. Socio-economic background, grade level and even race are tracked, as are the strategies used to help kids who get into trouble.
“It's always good to know what's going on and which schools are having the problems, because when we're budgeting; we can budget money to target those schools to send out resources,” Babinsky said.
He plans to share the Toronto model with the Winnipeg School Board at the next meeting.
Posted by Buzzcanadalive at 1:00 PM