International Diplomacy As Cuba Frees 53 Prisoners To Restore US Relations 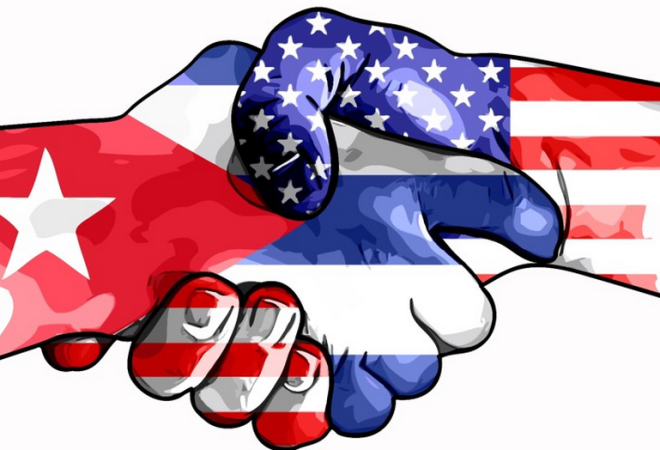 Cuba has completed the release of 53 prisoners it promised to free as part of the agreement to restore diplomatic relations with the United States, American officials said on Monday.

“We welcome this very positive development and are pleased that the Cuban government followed through on this commitment,” a senior administration official said in a statement to reporters. “Our Interests Section in Havana was able to verify these releases.”

The release of the 53 prisoners has been eagerly awaited by American officials as a sign that Cuba is prepared to carry though with the deal to normalize relations, The New York Times reports.

The announcement came as Secretary of State John Kerry arrived in Pakistan for security and economic talks with senior civilian and military officials here. And it comes less than two weeks before Roberta S. Jacobson, the assistant secretary of state for Western Hemisphere Affairs, is to lead an American delegation to Cuba for talks scheduled for January 21 and 22. Those talks are to focus on migration issues but will also be used to discuss the practical steps to restoring diplomatic relations.

The United States has never made public the names of the 53 prisoners. But American officials say they are individuals who have been identified by human rights organizations as having being jailed for promoting political reforms or trying to exercise free speech and other internationally respected rights.

“During our discussions with the Cubans, we shared the names of individuals jailed in Cuba on charges related to their political activities,” said the senior administration official, who could not be identified under the administration’s procedures for informing reporters. “The Cuban government made the sovereign decision to release those individuals.”

American officials said, however, that they will be watching to see if the Cuban government undermines the move by continuing to detain or harass other political opponents.
Posted by Buzzcanadalive at 8:30 AM

Email ThisBlogThis!Share to TwitterShare to FacebookShare to Pinterest
Labels: Cuba, International, News, US