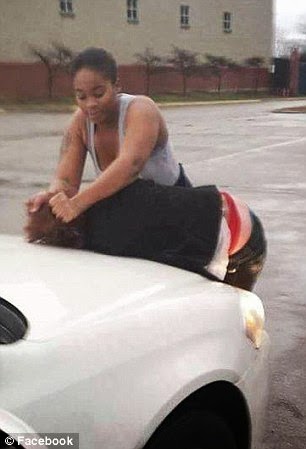 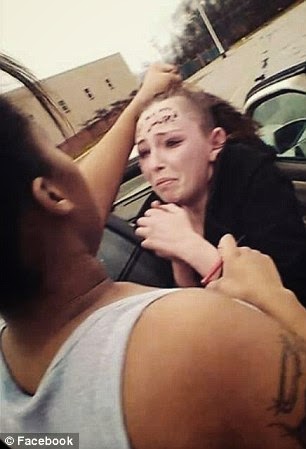 A teen in Ohio says she was ambushed by six women who took turns brutally beating her on Christmas Eve — then spread photos and videos of the attack on social media to humiliate her.

Cheyanne Willis, 19, says she was pulling into the parking lot of a suburban Cincinnati mall with her then boyfriend, Quincy Gardner, when he parked and pulled her out of the car. A group of six women, including two she knows, was waiting for her and allegedly took turns kicking and beating Willis, slamming her face on a car hood and shaving her head...

Online footage shows Cheyanne Willis being viciously attacked by a group of women on Christmas Eve ...below... 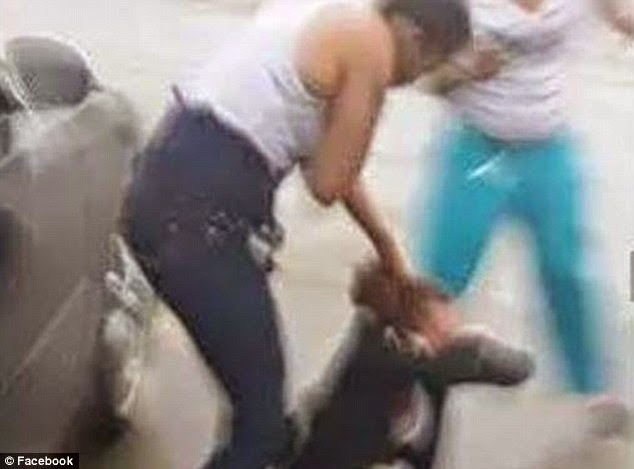 Willis is heard pleading and crying in a video of the incident while others in the group shout angrily, according to the station.

The attackers wrote 'I got my a** whopped' on her forehead with eyeliner and signed their names, the video shows. 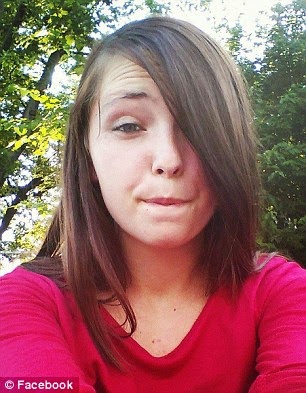 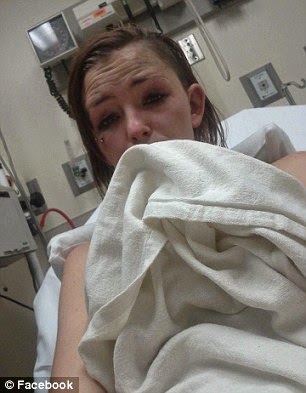 Willis says they took her purse with $50 and her cell phone, then destroyed her driver's license and threatened to kill Willis if she reported the crime.

'I am scared to leave my house still,' Willis, who was left with a black eye and multiple concussions, told DailyMail.com on Friday.

'I still haven't been to sleep— I hate to fall asleep because I have nightmares.' 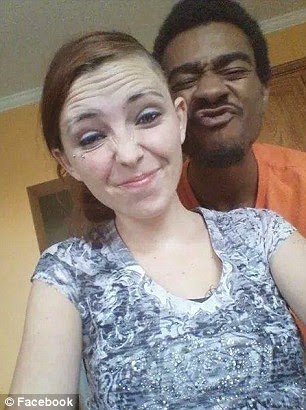 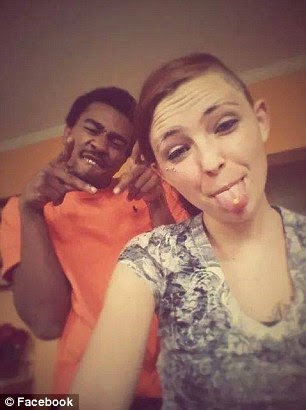 Willis says her then-boyfriend Quincy Gardner (pictured) took her to the place where she was ambushed. He's been charged with robbery over the incident 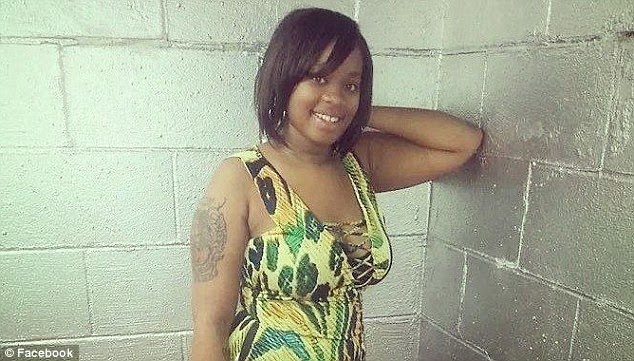 On Facebook, this woman—identified by Willis as Cheyenne Fisher—says she 'slapped her up' over a stolen car. Fisher has been charged with robbery over the incident

Willis says she's afraid of leaving her house now and jumps 'at every noise.'

''I wanted to just die,' she told WCPO. 'I really wish they would have killed me.

'I don't want to be here no more, honestly.'