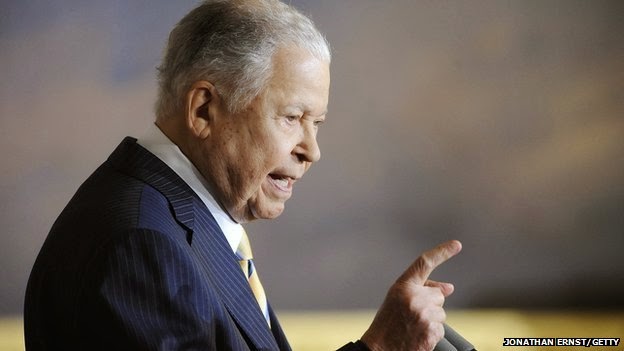 Edward Brooke, the first black senator to be popularly elected in the US, has died aged 95, Republican Party officials say.

Mr Brooke was elected to Congress in 1966 by voters in Massachusetts at a time of widespread racial unrest.

A former lawyer, he had also been the first African-American to hold the post of attorney general in any state when he was elected senator.

Two black senators before him were both picked by state legislatures.

"Ed Brooke stood at the forefront of the battle for civil rights and economic fairness."

Massachusetts Governor Deval Patrick said: "I have lost a friend and mentor."

Senate Republican leader Mitch McConnell said: "Senator Brooke's accomplishments remind us that anything is possible in our country."
Posted by Buzzcanadalive at 8:00 AM