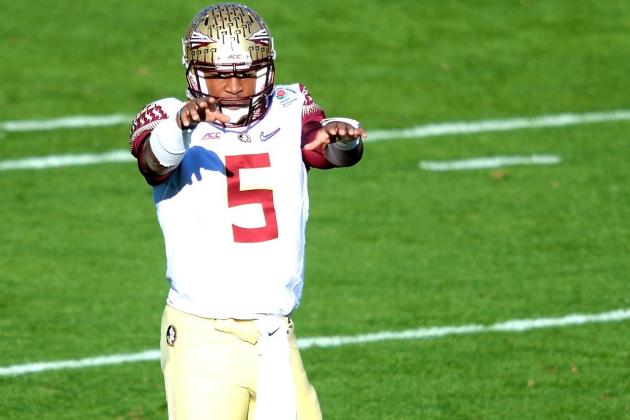 Florida State quarterback Jameis Winston already had a Heisman Trophy and national title under his belt by the end of his redshirt freshman season.

On Wednesday, Winston's father told ESPN.com's David M. Hale that Jameis will forgo his final two years as a Seminole and enter the 2015 NFL draft:

Jameis Winston won't be back in a Florida State uniform next season, his father said Wednesday, opting instead to enter the NFL draft.

Initially, Antonor Winston said his son planned to wait until after the College Football Playoff Game Presented by AT&T to announce a decision, but instead, Jameis Winston came to a firm decision Tuesday night that he was ready to enter the NFL draft.
Posted by Buzzcanadalive at 9:00 PM