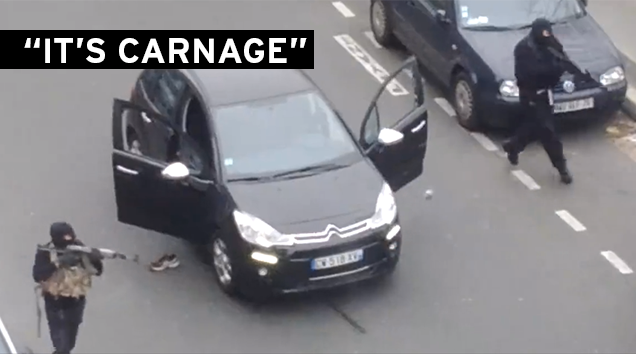 Two of the dead are policemen; the French cartoonists Cabu, Tignous, Wolinski, and Charb (the magazine's publisher) are all reported dead. A policeman at the scene of the shooting told reporters "it's carnage."