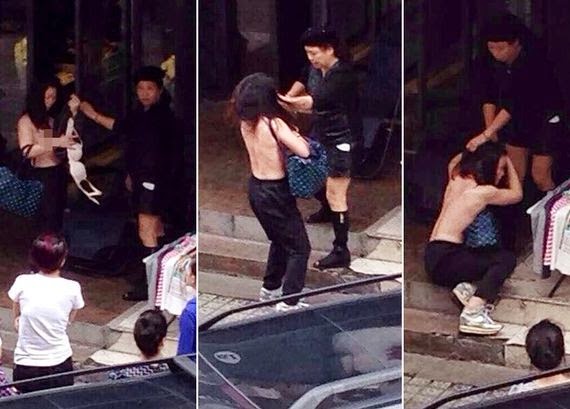 A female shoplifter was stripped to her waist by a merciless store owner after she was caught stealing in her store. The shoplifter, 28 year old Yu Chung, went into the store in China's Zhejiang province to buy clothes and stuffed some into her bag without paying for them.

The angry store owner, 39 year old Mei Hsueh, who caught her red handed, descended on her, removed her top to prevent her from running away, then removed her bra and pushed her outside of her store. Of course a crowd gathered to watch, some took photos and shared them online... 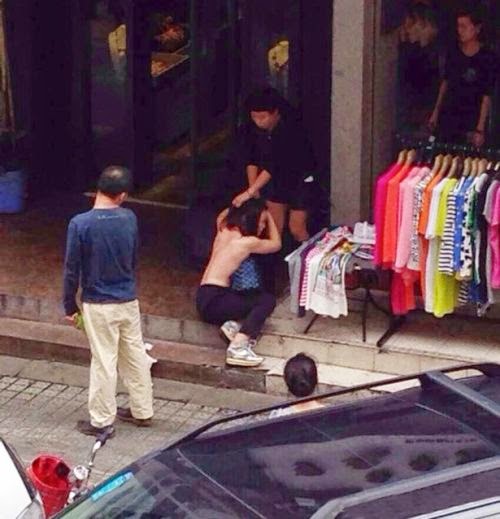 "This thief was trying to steal my clothes to I took off some of hers.She'll think twice before she does that again. It was meant to be a warning to all those thieves out there to show them that not all shops are a pushover." the store owner said

The police was eventually called and Yu was taken away. She has been charged with theft but no action was taken against the shop owner.
Posted by Buzzcanadalive at 9:30 AM