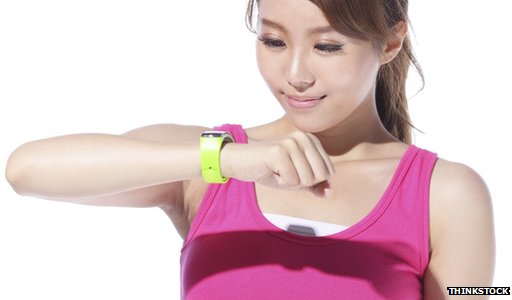 Leo Kelion & James Gallagher | BBC
Google is aiming to diagnose cancers, impending heart attacks or strokes and other diseases, at a much earlier stage than is currently possible.

The company is working on technology that combines disease-detecting nanoparticles, which would enter a patient's bloodstream via a swallowed pill, with a wrist-worn sensor.

The idea is to identify slight changes in the person's biochemistry that could act as an early warning system.

The work is still at an early stage.

Early diagnosis is the key to treating disease. Many cancers, such as pancreatic, are detected only after they have become untreatable and fatal.

There are marked differences between cancerous and healthy tissues.


Google's ambition is to constantly monitor the blood for the unique traces of cancer, allowing diagnosis long before any physical symptoms appear.

The project is being conducted by the search company's research unit, Google X, which is dedicated to investigating potentially revolutionary innovations.

It marks the firm's latest shift into the medical sector following its work on glucose-measuring contact lenses for patients with diabetes and the acquisition of a start-up that developed a spoon to counteract the tremors caused by Parkinson's disease.

Google has also bought stakes in Calico, an anti-ageing research company, and 23andMe, which offers personal genetic-testing kits.
Posted by Buzzcanadalive at 2:00 PM