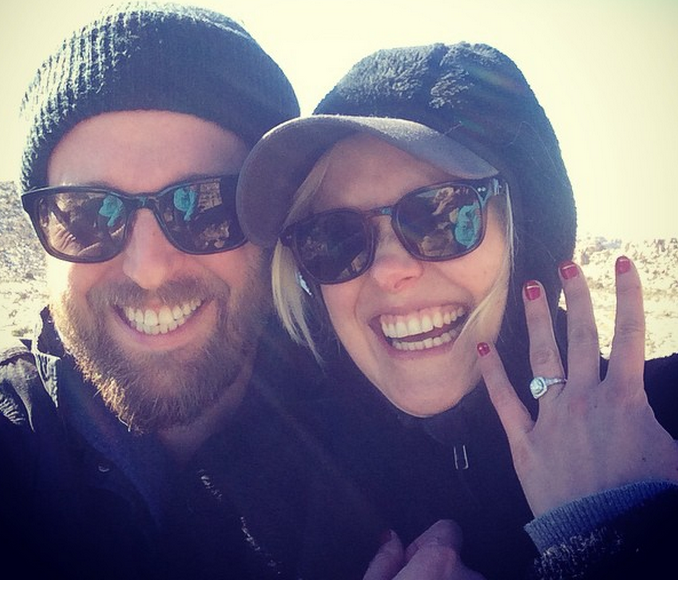 Hello!
Tis the season – for celebrity engagements! Shortly after Joe Manganellio popped the question to Sofia Vergara over the holidays, Canadian actress Alison Pill has revealed that she, too, is planning to walk down the aisle this year.

The Newsroom star’s longtime love, actor Joshua Leonard (Togetherness, The Blair With Project), took to Instagram to announce the happy news with a cute shot of his fiancée sporting her diamond sparkler. He captioned the snap, “Lets do this, 2015!!!”

The 29-year-old actress, who also starred in Milk and Midnight in Paris, was previously engaged to fellow Canadian Jay Baruchel. The pair were together for two years before calling in quits in 2012.

Alison and Joshua aren’t only famous twosome expected to tie the knot this year, as some of the world’s most eligible stars gave up their single status in 2014 and decided to put a ring on it.

See some of the A-list couples who became engaged over the last 12 months – and check out their enormous diamond rings!
Posted by Buzzcanadalive at 2:00 PM