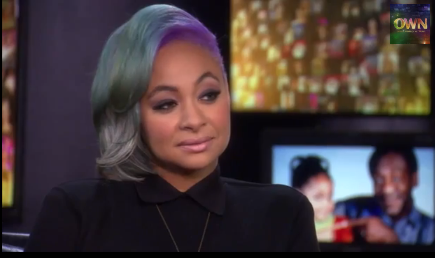 Last year multimillionaire actress Raven-Symoné tweeted that she could finally get married after Rhode Island legalized same sex marriage which many interpreted to mean that she's a lesbian. Now she's officially said she's in a relationship with a woman.

Raven owned up to her truth last night on Oprah Winfrey's 'Where Are They Now';

"I’m in an amazing relationship with my partner - a woman - and on the other side, my mother, and people in my family have taught me to keep my personal life to myself as much as possible so I try my best to hold the fence where I can. But I am proud to be who I am and what I am." She told Oprah