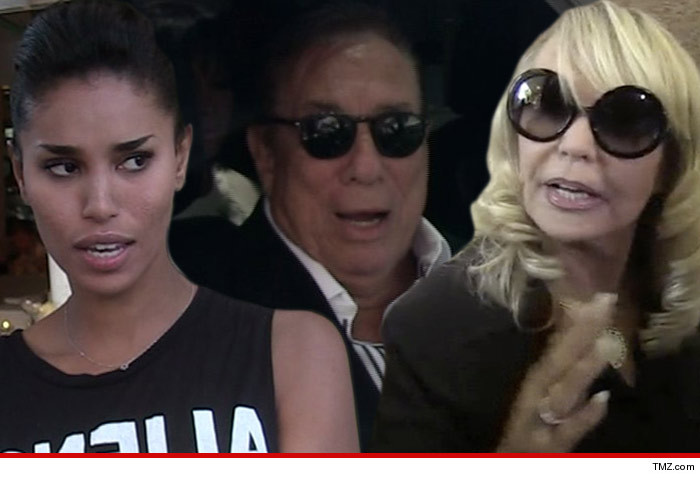 TMZ - Donald Sterling and V. Stiviano reunited at his Beverly Hills mansion today -- and when Donald's wife found out ... she called police, trying to get V. arrested ... TMZ has learned.

We're told Shelly Sterling got wind of Donald and V.'s tryst ... and believed Stiviano must have broken into the house. Our Sterling sources tell us Shelly called Bev Hills PD immediately and reported a break-in.

We're told police officers responded ... and spoke to Donald and Stiviano. One source tells us V. was an "invited" guest, so ... no break-in, and no arrests.

Shelly has beef with V. ... She sued the alleged mistress, claiming she embezzled $1.8 mil from Donald ... and Shelly says half of that was hers.  Shelly claims V. swindled an old man who wasn't with it.

Cops tell us V. wasn't scared off ... she stayed after they left.
Posted by Buzzcanadalive at 11:30 AM