In a deal valued at just over $307 million, three parcels of land—in Point Grey, Cambie and West Vancouver—are now held in joint ownership by a coalition of B.C. First Nations and the Canada Lands Agency. 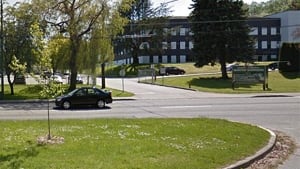 The Jericho Lands are one of three parcels of land now jointly owned by three B.C. First Nations and the Canada Lands Agency. (Google Streetview)
The approximately 32 hectares of land were previously owned by the federal government and include the Jericho Lands (21 hectares), where a Canadian Forces garrison is currently sited, an area west of Heather Street between West 33rd and West 37th Avenues (nine hectares) that was formerly an RCMP headquarters, and a small parcel of land (two hectares) on Marine Drive at Burkehill Road in West Vancouver that was formerly owned by Fisheries and Oceans Canada.
The deal, announced Wednesday, makes the First Nations — the Musqueam, Squamish and Tsleil-Waututh — 50 per cent owners of the land, with the nations given 28 per cent of the value as beneficial interest, and purchasing another 22 per cent for $68 million.


There are no plans in place for the land, which in developed form could be worth billions. A lengthy period of consultation and engagement is expected before any work begins.
Chief Wayne Sparrow told CBC News the Musqueam do not view the land as reserve property.
"It's a business transaction that we are doing and we are using it as an economic opportunity for our communities." he said.
"No scare tactics about casinos or doing stuff on our own without the input of the municipalities and the governments."
Vancouver Mayor Gregor Robertson said he was happy with the deal and was looking forward to hearing community feedback about its future use.
CBC
Posted by Buzzcanadalive at 11:00 AM