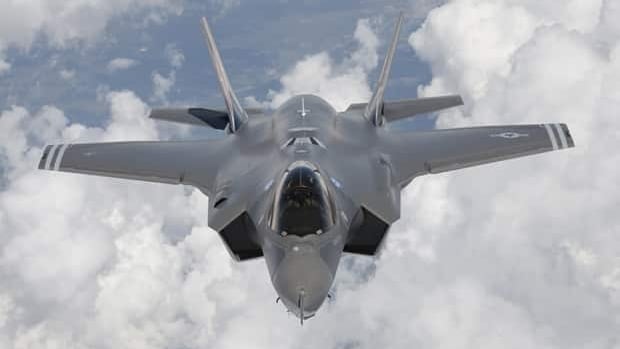 The Harper government says it will extend the life of its aging fleet of CF-18 fighters.
The jets are an important component of Canada's defence and will be updated to keep them flying for another decade, said Johanna Quinney, a spokeswoman for Defence Minister Rob Nicholson.
"We remain committed to ensuring that our brave men and women in uniform have the equipment that they need to do the work that is asked of them," Quinney said in an emailed statement.
"As a result, we will be extending the life of our CF-18 fleet to 2025 to ensure that Canada has a multi-role, fighter jet capability throughout the next decade. The Royal Canadian Air Force needs a fighter strike capability, and our current fleet of CF-18s is fully capable of fulfilling a variety of mission requirements," such as patrol and air-to-air interception.
Four CF-18s are taking are taking part in air policing missions over the Baltic states as part of NATO's efforts to reassure eastern European allies rattled by Russia's annexation of Crimea and interference in Ukraine.


The federal cabinet is also considering a deployment to the Middle East as part of the wider air campaign against the al-Qaida splinter group known as the Islamic State of Iraq and the Levant.
Quinney did not say how much the government intends to spend on the upgrade, which would focus on further updating electronics and strengthening the airframes, or how it affects the decision whether to proceed with the plan to purchase new F-35 stealth fighters to replace the CF-18s.
Other nations, notably the United States, have invested in programs to keep their older fighters — notably the F-16 Fighting Falcons and F-15 Eagles — flying because of delays in the US$328-billion stealth fighter program, the most costly weapons program in American history.
The decision is not entirely unexpected. As far back as October 2012, when the government launched its review process, it said "further life extensions are being considered" for the jets.
The CF-18s had initially been slated to retire around 2020.
That looked like a slam dunk until the Conservative government hit the reset button on the stealth fighter plan amid complaints about the cost and concerns about fuzzy accountability from the auditor general and the parliamentary budget officer.
The program remains in a holding pattern, with the federal cabinet still considering whether to proceed with the original deal, open it up to full-blown competition or wait until the manufacturer works out the development kinks, of which there have been many.
The CF-18s went through a decade-long $1.8-billion upgrade to their weapons systems and sensors, starting in the early 2000s. It was meant to replace analogue electronics with modern digital systems, particularly targeting pods for precision guided bombs.
But like many aircraft in the military's inventory, some elements are getting tired.
Documents laid before Parliament between 2010 and 2012 show that each CF-18 was expected to end its service life with just over 7,000 hours in the air. The upper limit of the airframe is about 8,000 hours.
The last publicly released figures show most of the 77 jets have logged an average of 5,151 hours, as of 2010. That was before the Libya bombing campaign of 2011, which saw air force officers fret about wear and tear on their premier weapons platform.
All of the jets were purchased between 1984 and 1989.
The latest upgrade is expected to be carried out in Canada. L-3 Communications MAS of Mirabel, Que., currently handles CF-18 maintenance.
CP
Posted by Buzzcanadalive at 4:00 PM