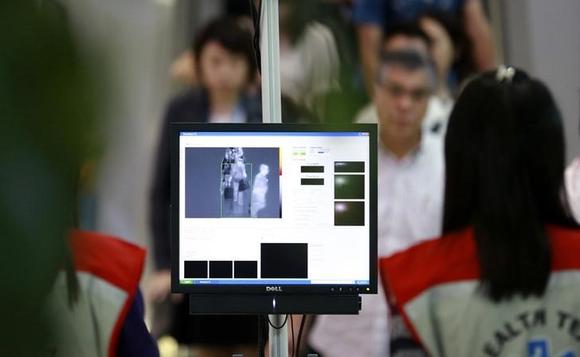 "Our government will be taking the additional step of taking targeted temperature screens," she told the House of Commons on Wednesday, though she offered no detail about what that would mean or whether it would be only at airports or all border crossings.

The Canadian Press requested an interview with an official of the Public Health Agency of Canada to get clarification on Canada's plans, but one was not granted. However, several hours after Ambrose made her remark in the Commons, the agency issued a press release providing some detail of what increased screening will look like.

The statement, from the new head of the Public Health Agency of Canada, noted there are no direct flights to Canada from the affected countries in West Africa.

Quarantine officers will be stationed at six airports across the country: Montreal, Toronto, Vancouver, Halifax, Ottawa and Calgary.

"Quarantine officers have the necessary training and equipment, including temperature monitoring devices, to conduct a health assessment and determine whether additional health measures are required," he said in the statement.

"Should these travellers identify themselves in this manner, a temperature check will now be administered."

As well, Taylor said the Public Health Agency will be increasing the number of staff at Canadian airports to help with the screening of travellers from Ebola-affected regions.

In an emailed response to a request for information, the Public Health Agency said border agency officers at crossings that do not have a quarantine officer present can connect via technology with one around the clock.

Ambrose's announcement came the same day authorities in the United States said that country would start to use enhanced airport screening for incoming passengers at the five airports that handle most flights from the affected West African countries.

The Canadian Press
Posted by Buzzcanadalive at 11:00 AM