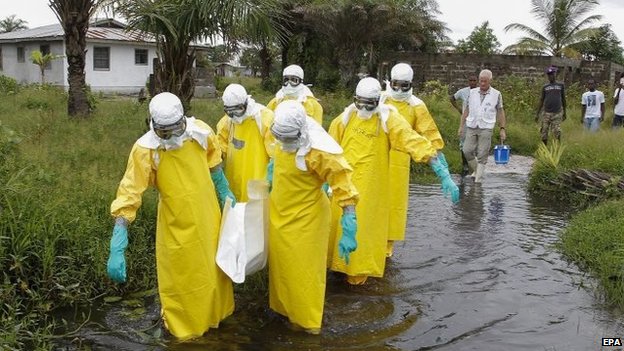 Liberian health workers are planning to embark on a strike amidst the country’s Ebola epidemic.


BBC reports that the National Health Workers Association is demanding an increase in the monthly risk fee paid to workers treating Ebola patients.

The country’s authorities state that although they would love to meet the association’s demands, they are currently unable to do so, as the scale of the epidemic makes it difficult for them to pay the initial risk fee promised.

According to reports, staff are demanding a risk fee of $700 per month, which is the amount earlier agreed on. However, they are currently being paid a risk fee of under $500 per month, in addition to basic salaries ranging from between $200-300.

In addition to the increased risk fee, workers are requesting for insurance and personal protective gear.

The country’s health officials are pleading with workers not to go on strike, as this would worsen the epidemic, and hinder progress already being made to contain the virus.

Sources say 95% of the workers’ colleagues have died from Ebola.
Posted by Buzzcanadalive at 9:55 AM