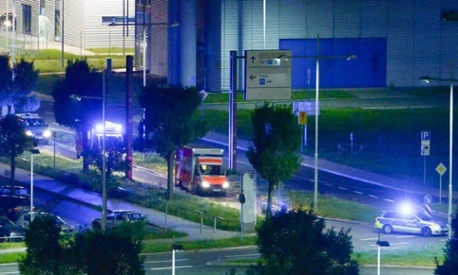 A United Nation Aids worker who was being treated for Ebola at the St George clinic in Leipzig, Germany has died. The unidentified UN worker who was flown back to Germany from Liberia  last week after contracting the deadly virus, died in the early hours of today, October 14th. A statement from the hospital read;

"The Ebola patient died during the night in the St. George Clinic in Leipzig. Despite intensive medical measures and maximum efforts by the medical team, the 56 year old succumbed to the serious infectious disease"