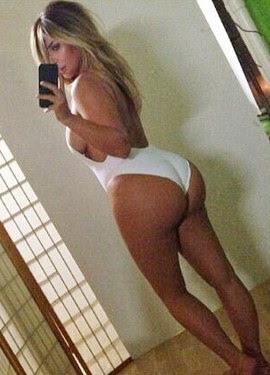 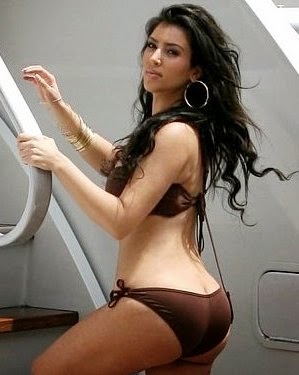 Kim K crowned world's best butt as 45% of women around the world now want 'The Kim'. Kim Kardashian's butt is what most women into body enhancement are now seeking. According to a research released over the weekend, Kim K has been World's Best butt and over 45% percent of women seeking to enlarge their butt in the last one year want what they now refer to as 'The Kim'.

'Kim has been popular among women seeking bottom augmentation or "Brazilian butt lifts" as they are more commonly known, for a few years, but in the last 12 months we’ve had a massive rise in the numbers asking for a Kim Kardashian bum. The procedure is performed through liposuctioned fatty tissue being injected into the buttocks. Kim has risen from just outside the top ten to the number one position in record time and is a firm favourite among women in the UK and elsewhere around the world."

"The Brazilian lift is now one of the most highly sought-after procedures we do - we’ve seen a 200 per cent increase in the number of UK enquiries for this procedure in the last 12 months alone. British women love beauties like Nicki Minaj and Kim Kardashian who have bigger bums and are not afraid to flaunt them.' Dr Yuksel said

DailyMail
Posted by Buzzcanadalive at 2:30 PM