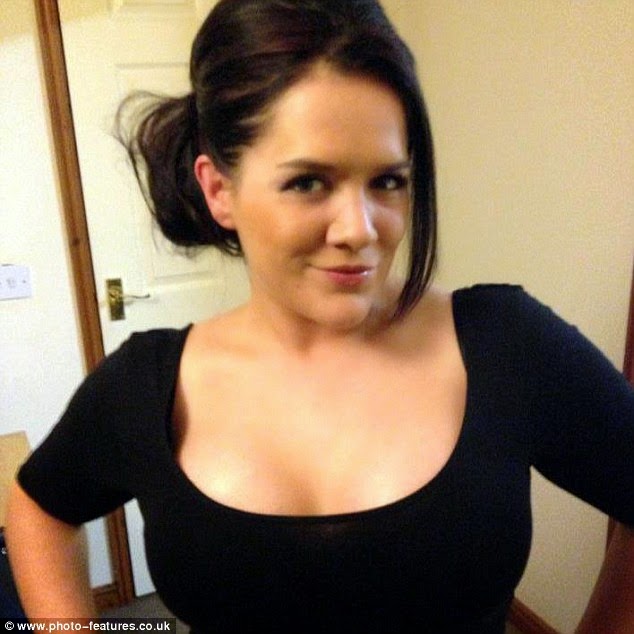 A woman has told how breast surgery gave her the boost she needed to launch a business.
Lucie Morgan, 28, says implants to increase her bust from a B cup to an E cup finally gave her the confidence to start her own company.

'You need more than a brain to succeed in business': Woman who says a boob job boosted her career when she shed NINE STONE in a year and was left feeling 'flat'


She says that before her operation she was too self conscious speak at seminars or perform well in business meetings.

She said: ‘I admit it sounds bizarre that a boob job can have a positive impact on business but it’s true.


‘Before my operation my confidence held me back. I couldn't visualise myself talking confidently in seminars or at events and parties but now all that has changed.

‘When I tell people I had a boob job to boost my career they wrongly assume I wanted to be a glamour model but nothing could be further from the truth.

‘I think my story shows it’s not only glamour girls who have surgery to boost their careers, business women do too.

‘It’s all about having the confidence and the surgery has given me that.’

Miss Morgan from Long Sutton in Lincolnshire says she had always struggled with her self esteem after battling weight issues in her teens.

She recalls being a chubby school girl who weighed 18st by the age 18.

Miss Morgan said: ‘I told myself I was happy being fat and compensated by being bubbly but I don’t think anyone can say that are truly happy and confident when they are overweight.’

But matters came to a head when she was out celebrating her 18th birthday and became the target of abuse because of her weight.

She said: 'A group of girls falsely accused me of being disrespectful to one of them and before I knew it they had rounded on me, calling me a fat cow and ridiculing me because of my size.

‘It turned into the worst birthday ever.’

So the determined teenager vowed to lose the weight and cut out all junk food and take-away meals from her diet.

She also reduced her carbohydrate intake and instead ate a healthy diet of lean met and vegetables or salad. Ms Morgan also started exercising.

Cut From DailyMail
Posted by Buzzcanadalive at 12:00 AM