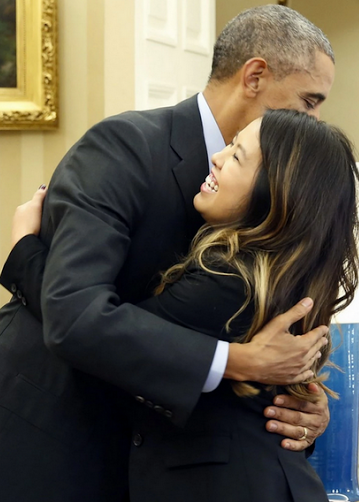 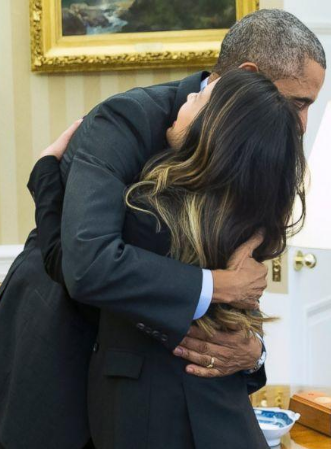 Nurse Nina Pham, the first person to contract Ebola in the US met with president Obama at The White this afternoon where she received a hug from him.

Nina, who contracted Ebola while treating Liberian Thomas Eric Duncan at the Emory University hospital in Texas, is now free from the virus after being successfully treated at the National Institutes of Health in Bethesda. When President Obama heard she was Ebola-free, he sent word to her asking if he could hug her and she agreed to meet him. Aww...(Photo credit: White House Press)
Posted by Buzzcanadalive at 1:30 PM