Women walk past headless corpses in Raqqa without raising an eyebrow in shocking pics depicting life under ISIS rule . sturbing images of life under ISIS rule Raqqa city in Syria have emerged showing the decapitated corpses of Syrian soldiers lined up in the streets, UK Daily Mail reports.

Women walk past their bodies without acknowledging their impaled heads on fences for fear of being killed themselves. Elsewhere hate preachers urge children to disobey their parents and join the terror group. Raqqa has remained an ISIS stronghold since the group took control of the city last year. Residents have been subjected to an unrelenting torrent of horror, with many too poor to flee across the border to Turkey. Despite American and Arab forces bombing the city, fighters remain jubilant and have taken control of the population's homes and resources. 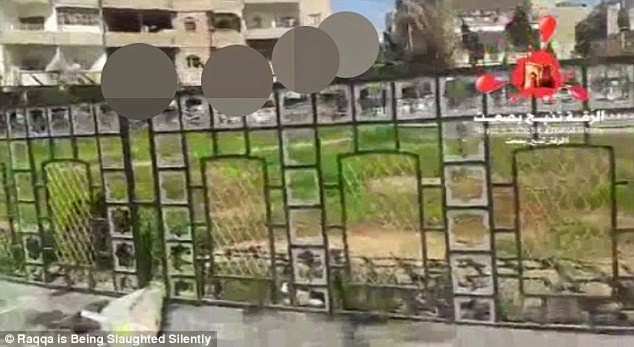 Heads impaled on spikes look down on the city's pavements in a constant reminder of the group's barbarity. See more horrific pics after cut 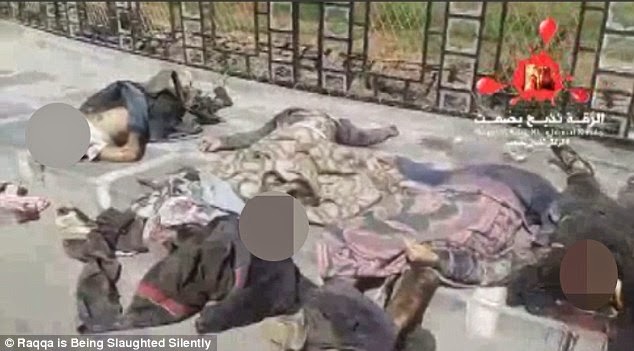 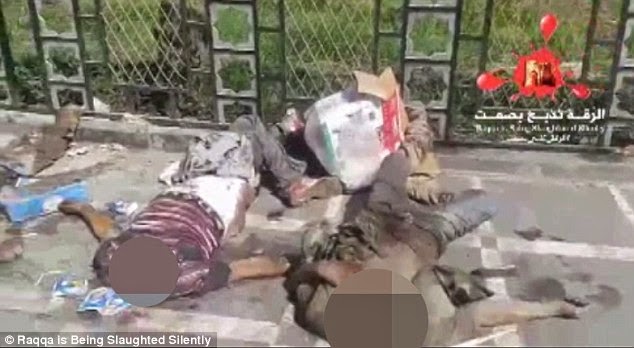 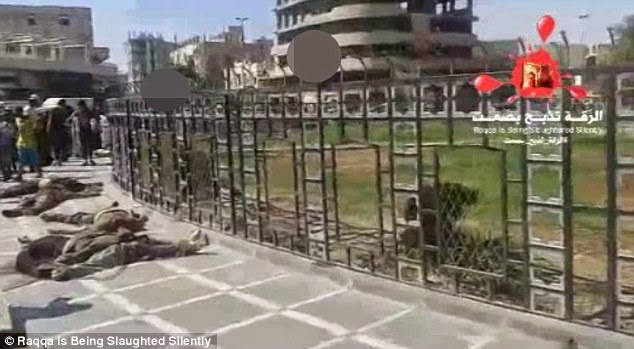 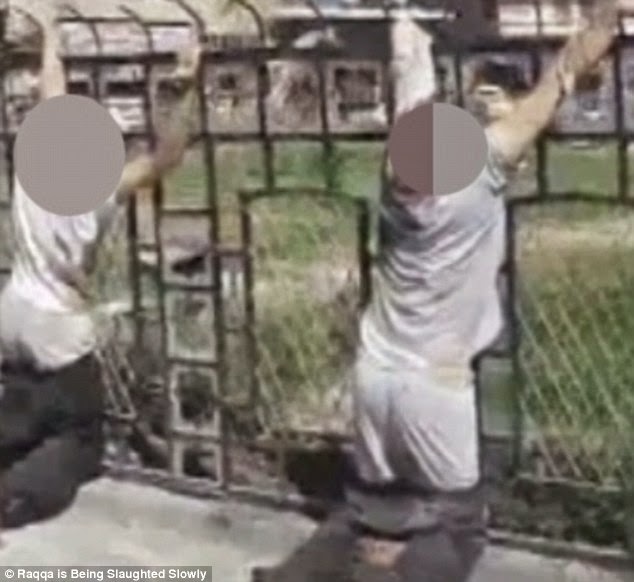 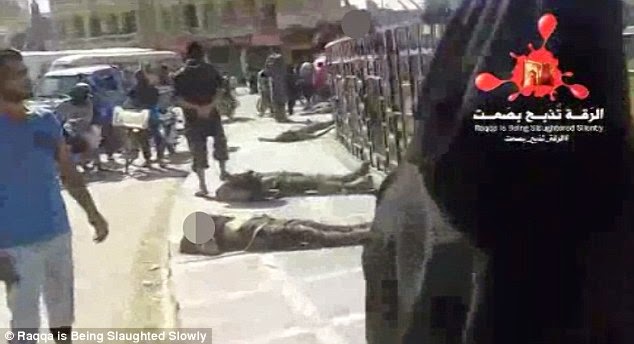 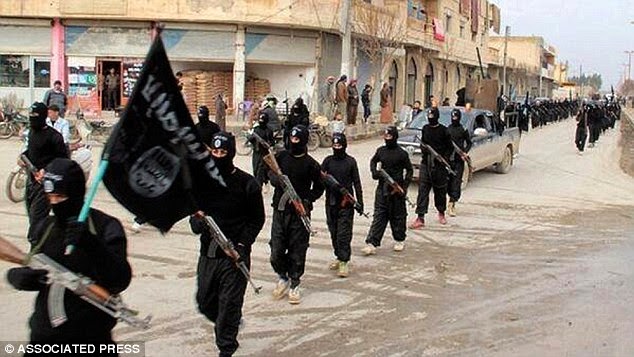 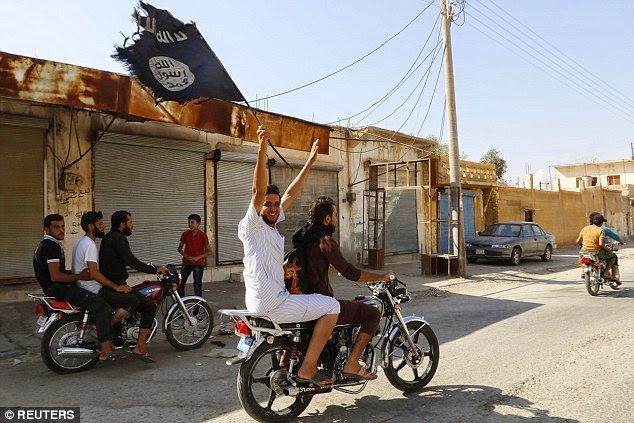 Life has become easier for fighters in Raqqa under Islamic State rule, with jihadists rewarded with higher salaries and bonuses while civilians plunge further into poverty