ExcuseMe! Teenager Who Loves To Kill, After Killing Mom Gets Life Sentence 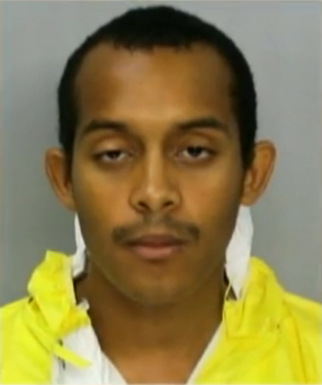 A teenager killed his mother in a frenzied hammer attack and then had sex with her corpse, a court has heard.

Kevin Davis, 18, has admitted the gruesome murder of his 50-year-old mother Kimberly Hill in Corpus Christi, Texas, and faces up to 99 years in jail.
Today a jury was shown his chilling interview with detectives after he handed himself in.

He told officers how he initially tried to kill Mrs Hill with the electric cord from a games console, the Corpus Christi Caller reports.

But when his attempt failed, he retrieved a hammer before striking his mother around 20 times.

Asked what happened next, Davis said: "I had sexual intercourse. Guess I lost my virginity to a dead corpse."

After the murder, Davis remained in the apartment with the intention of killing his sister when she returned home.

But he decided against this and left home on a bicicyle.

“I had my fill of killing. It seemed a little much,” he told police.

In a deeply disturbing interview, Davis told officers he had fantasised about killing his mum and sister and that he would kill again, if allowed.

He described his perfect fantasy as dressing in a suit, decapitating a girl and putting her in a dress before having sex with her corpse.

“It would be a night to remember,” Davis said.

Asked why he killed his mother, Davis said he was bored with life and didn't like people.

“I’m not mentally disturbed. I’m sane. I know what I did,” he said during the interview.

During his trial, Davis smiled when he was identified by a witness.

A jury took less than an hour to find Davis guilty and jail him for life.
Posted by Buzzcanadalive at 11:00 AM